Arsonists believed to be behind raging bushfire

Arsonists are believed to be the cause of a massive bushfire that threatened lives and homes in Perth‘s south east.

Firefighters have spent a second day battling the fast-moving blaze which has already destroyed more than 250 hectares of bushland.

An emergency bushfire warning was in place for people in an area bounded by Rowley Road, Kwinana Freeway, Mortimer Road, King Road, Thomas Road and Nicholson Road in parts of Oakford, Casuarina, Wandi, Wellard, Anketell and Oldbury and Kwinana.

The warning was downgraded earlier today to Watch and Act, with DFES incident controller Peter Sutton urging residents to enact their bushfire plan. 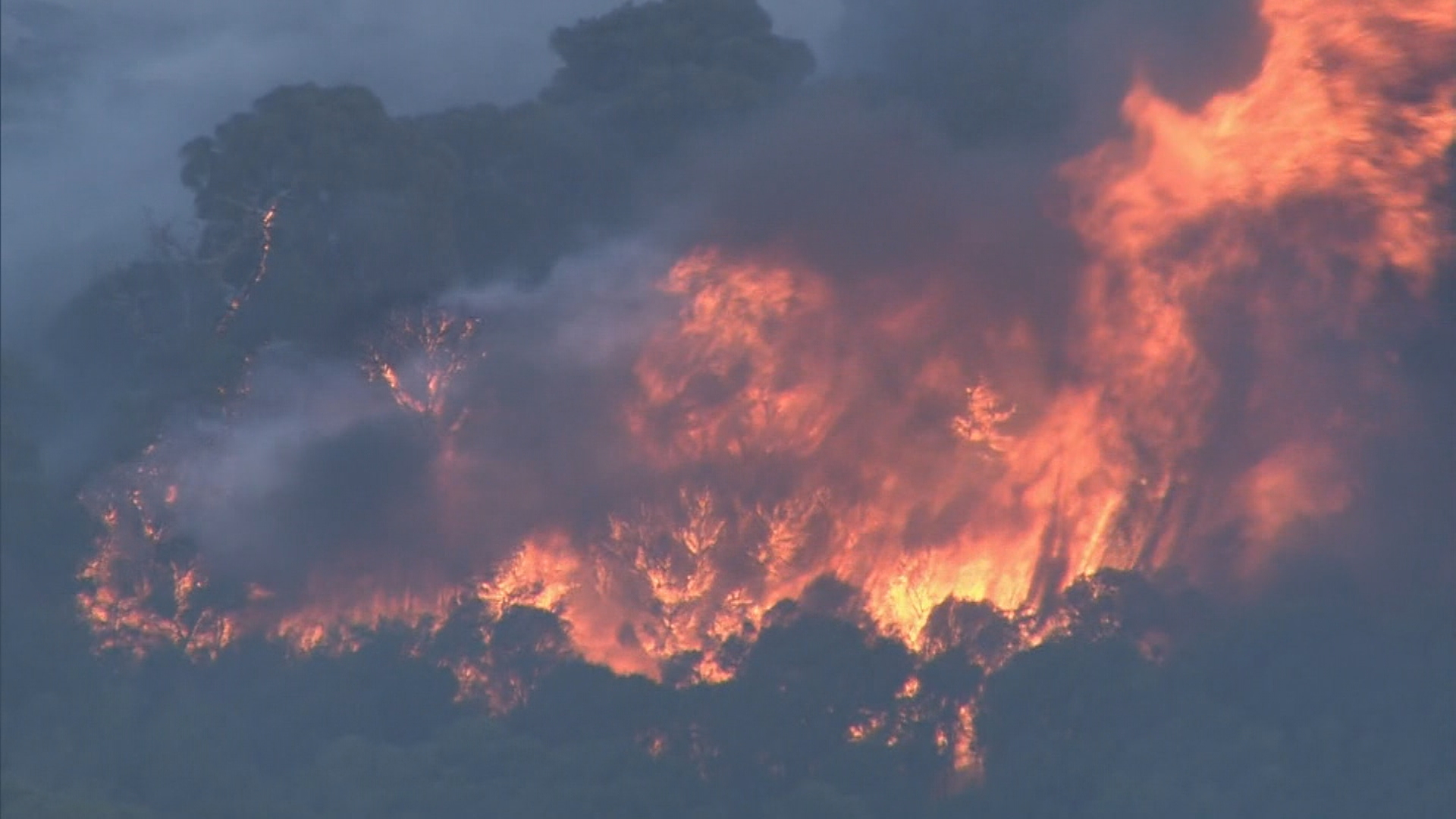 “This still is a precarious situation. The behaviour of the fire could change,” Mr Sutton told media this afternoon.

“Firefighters have done a magnificent job to contain this fire, but it is yet to be controlled.

“The cause of the fire is yet to be determined. We’re leaning towards suspicious. We ask people to stay clear of this fire.”

He said 150 career and volunteer firefighters are battling the blaze.

One house, which is believed to be derelict, is reported to have been lost in the blaze.

The fire started near the Modong Nature Reserve in Oakford but has now spread, forcing people to flee. “I must admit I’ve been through a few fires but this has been the worst by miles and when you see 30 to 40 foot flames and you can’t even see the choppers through the smoke, it got scary alright,” local resident Les Southwall told 9News.

“There were trees just flashing into fire from ground to the crown,” Mr Williams said.

Anyone self-isolating at home due to COVID-19 have also been told to leave and find alternative accommodation with family or friends who live away from the area.

A total fire ban is also in place today as fire services battle difficult weather conditions around the state.