Captain Sir Tom Moore, the British war veteran who captured hearts with his fundraising during the pandemic, has died from coronavirus, aged 100.

The WWII veteran was admitted to hospital on January 31 after having difficulty breathing. He was diagnosed with pneumonia and later tested positive for COVID-19.

“It is with great sadness that we announce the death of our dear father, Captain Sir Tom Moore,” Capt Sir Tom’s daughters Hannah Ingram-Moore and Lucy Teixeira said this morning. 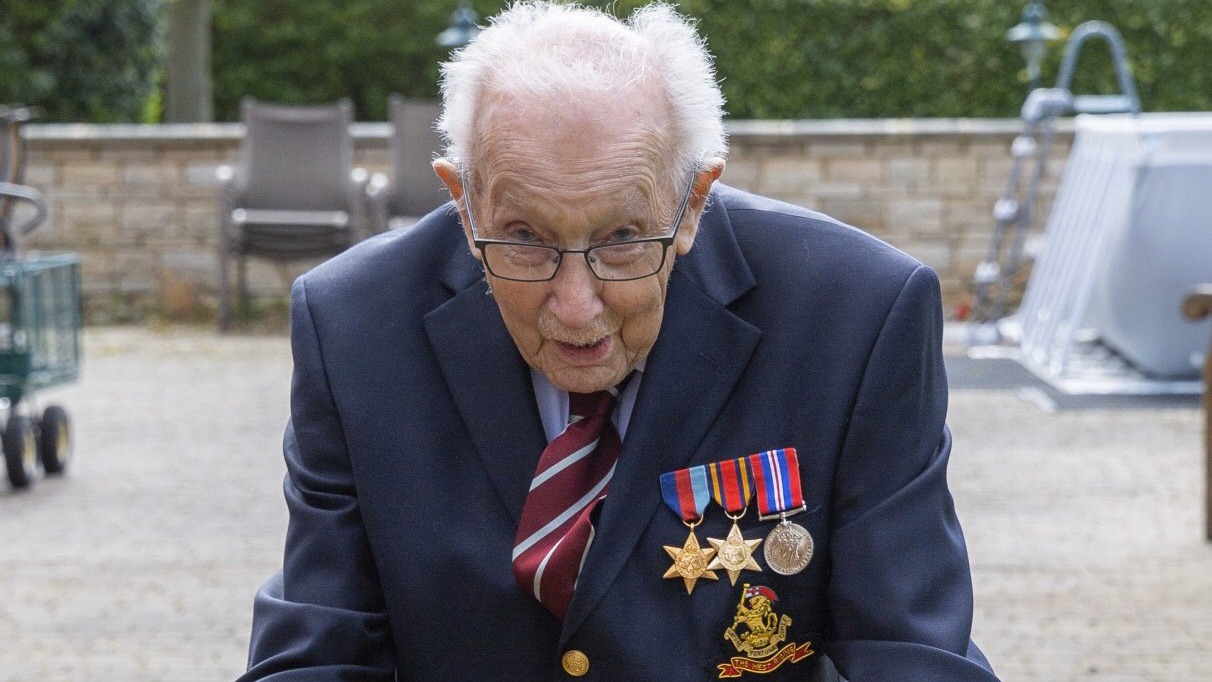 “We are so grateful that we were with him during the last hours of his life; Hannah, Benjie and Georgia by his bedside and Lucy on FaceTime.

“We spent hours chatting to him, reminiscing about our childhood and our wonderful mother. We shared laughter and tears together.

“The last year of our father’s life was nothing short of remarkable. He was rejuvenated and experienced things he’d only ever dreamed of.

“Whilst he’d been in so many hearts for just a short time, he was an incredible father and grandfather, and he will stay alive in our hearts forever.” 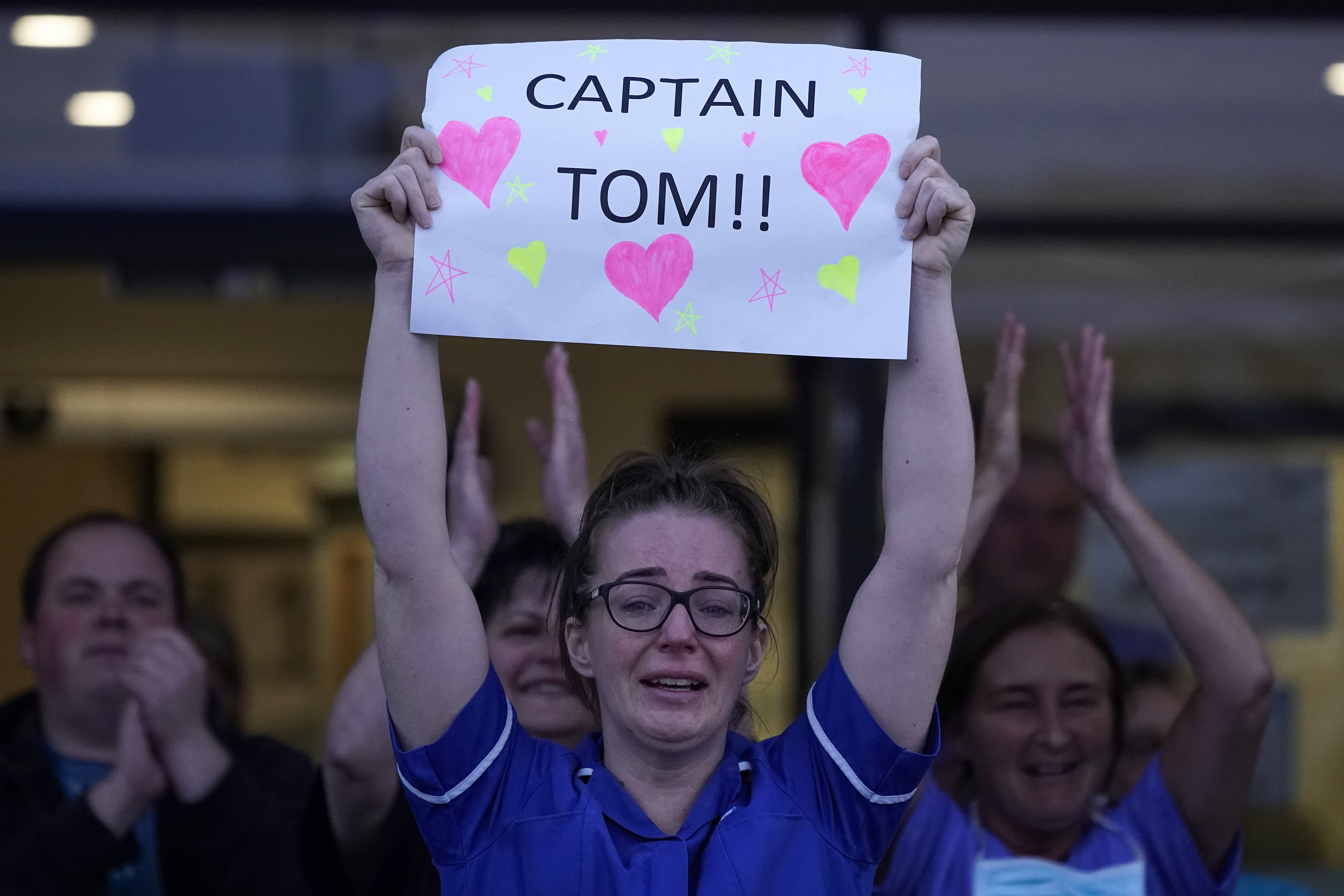 Capt Sir Tom’s daughters praised the care he received at Bedford Hospital and from the NHS was “extraordinary”, saying staff have been “unfalteringly professional, kind and compassionate and have given us many more years with him than we ever would have imagined”.

And the appreciation was mutual with chief nurse of Bedfordshire Hospitals NHS Foundation Trust Liz Lees, saying: “It has been our immense privilege to care for Captain Sir Tom Moore.

“We share our deepest condolences and sympathies with his family and loved ones at this incredibly sad time. We’d also like to say thank you, and pay tribute to Captain Sir Tom Moore for the remarkable contribution he has made to the NHS.”

The family also shared a very simple update to his followers on Twitter — posting a picture of the centenarian with the caption 1920 – 2021.

Captain Tom Moore became famous around the world last year when he raised almost £33 million ($60m) for the UK’s National Health Service (NHS) during the first wave of the coronavirus pandemic.

Pledging to walk 100 laps of his back garden before his 100th birthday on April 30, his fundraising total skyrocketed as he heroics captured the hearts of people everywhere, particularly in the UK during its first major lockdown.

His efforts earned him a knighthood from Queen Elizabeth in July last year, who also upgraded his rank to Honorary Colonel on his 100th Birthday.

Buckingham Palace says Her Majesty is sending a private message of condolence to the family.

“The Queen is sending a private message of condolence to the family of Captain Sir Tom Moore. Her Majesty very much enjoyed meeting Cpt Sir Tom and his family at Windsor last year,” a Buckingham Palace spokesperson said.

“Her thoughts, and those of the Royal Family, are with them, recognising the inspiration he provided for the whole nation and others across the world.” 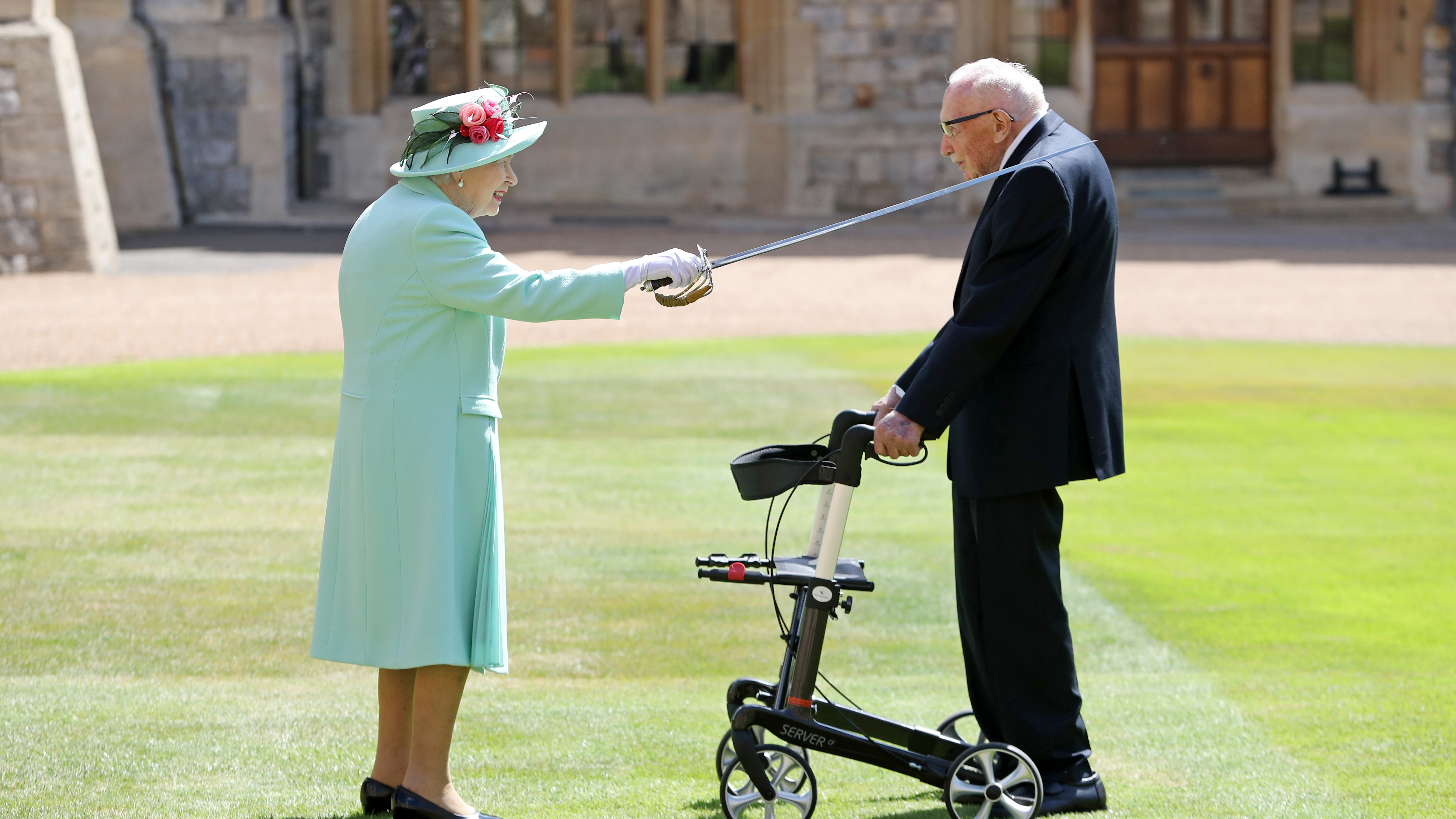 UK Prime Minister Boris Johnson shared a tribute to the pandemic hero via Twitter and sent his condolences to the family.

“Captain Sir Tom Moore was a hero in the truest sense of the word. His legacy will long live after him,” the PM wrote.

Downing Street also shared a photo of the Union Jack flags flying at half mast over No. 10, in memory of the veteran.