A major rescue operation has unfolded in WA’s north, with 34 people flown to safety after becoming trapped by rising floodwaters.

As the intense weather system bears down on Perth this evening, a 1000 kilometre stretch of coastline is on high alert.

As floodwaters engulfed the North West Coastal highway on Thursday, rescue was called in from the sky to help dozens of stranded drivers. 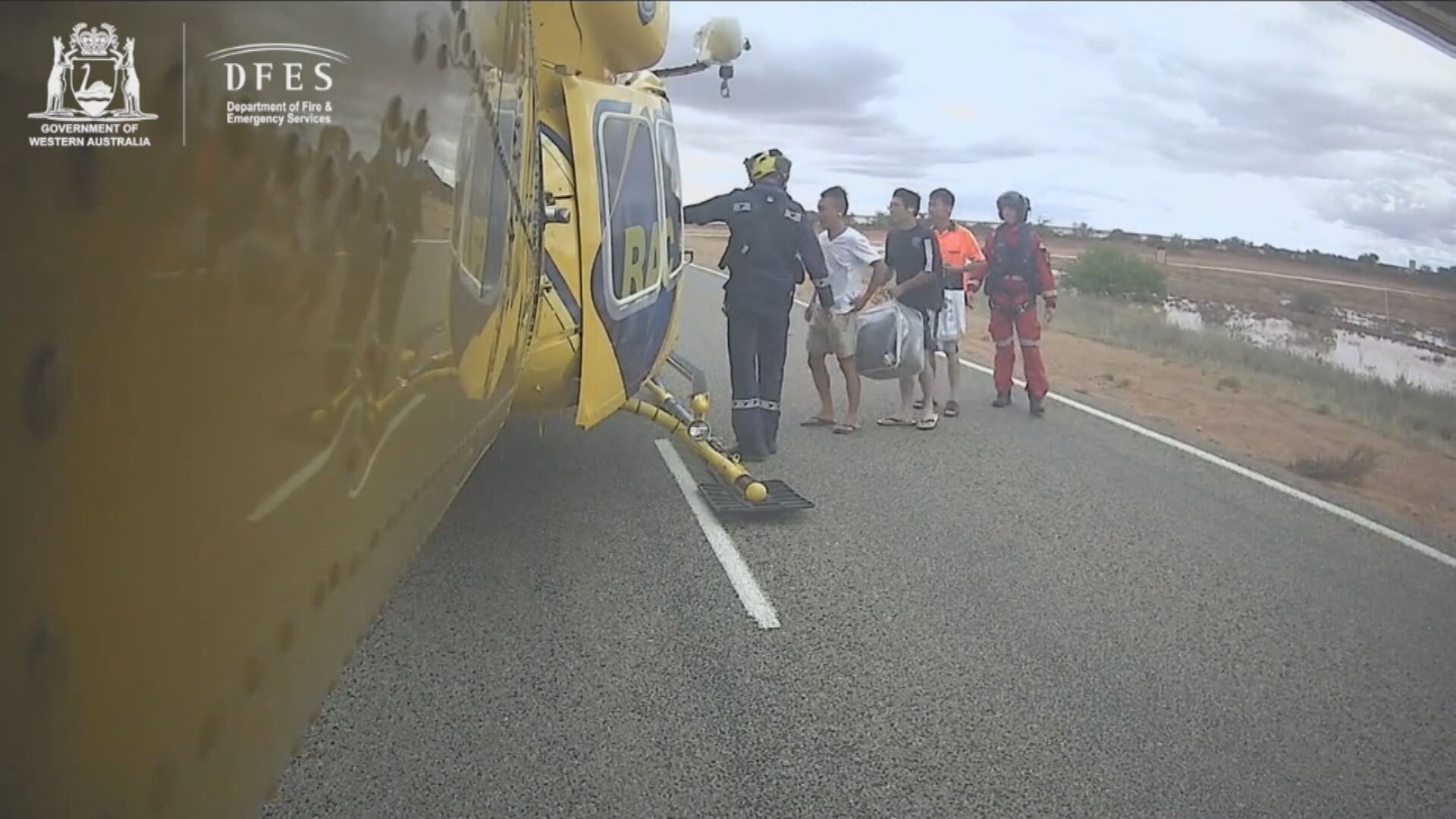 “There was water, fast flowing water lapping at the bottom of their car and I don’t think they realised just how much potential danger there was,” Mr Borg told 9News.

“It was raining so heavily we just couldn’t get off the ground.”

He wanted to return to rescue another 32 people also stranded in the same area, but his chopper was ordered to remain on the ground as conditions worsened.

“It’s frustrating when you’ve got members of your community stranded and you can’t do a thing.”

Yesterday morning, the others were finally airlifted out, with the RAC rescue Chopper flying up from Perth for the major operation. Amongst those rescued were Perth truckie, Rob Minson. 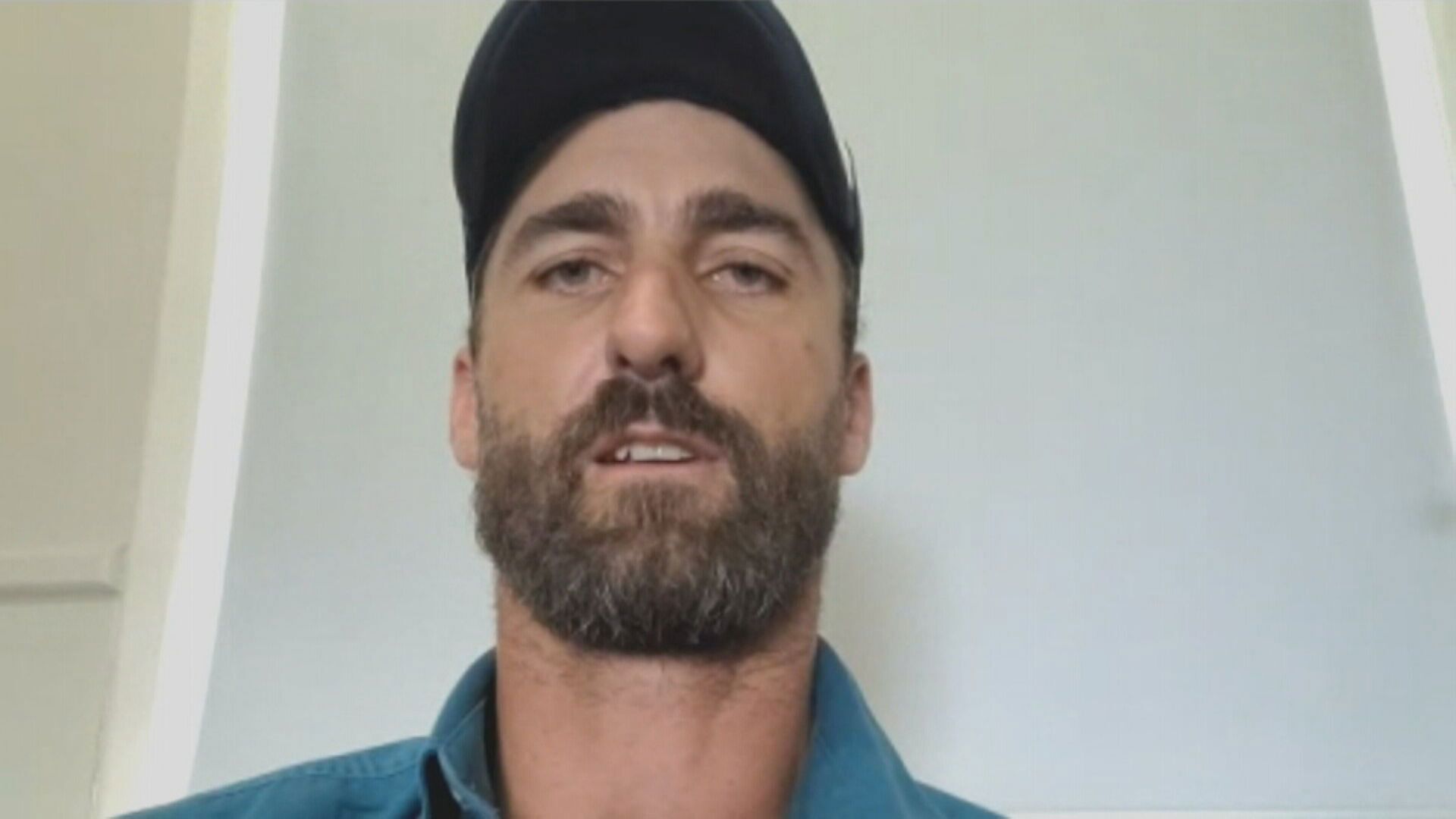 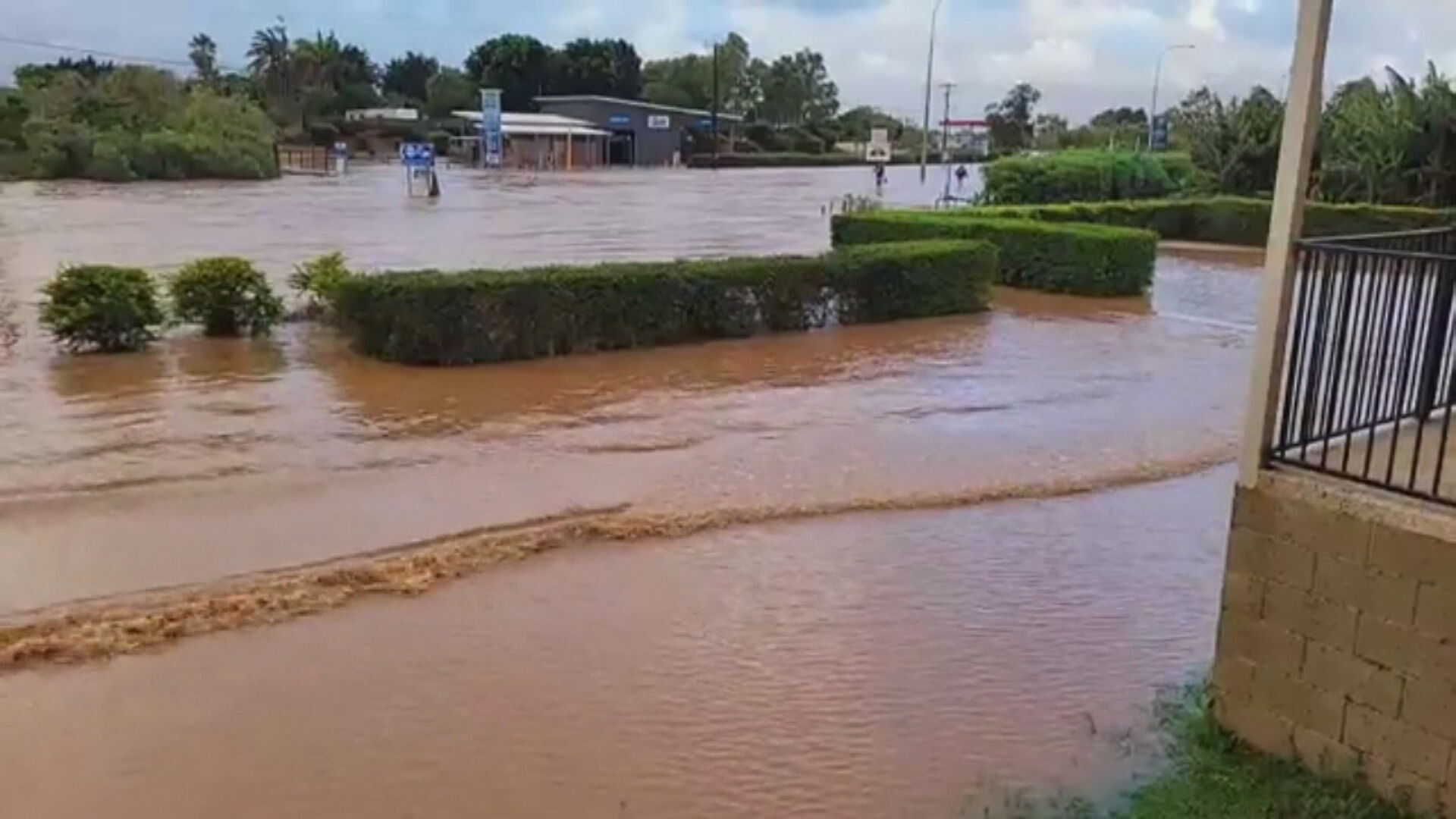 “All the roads and stuff were moving away from us and floating with the current but moving our trucks back and forth it was all good, we felt safe,” Mr Minson said.

“We’re lucky we didn’t stop in the truck bays because they’re all dirt and we would have just sunk.”

The group is now staying in flooded Carnarvon, given food and shelter by the local community. But their trucks and cars remain trapped on the highway as waters continue to rise.

Some parts of WA’s north have had more than 200mm of rain this system, with the weather event described as a one-in-10 year flood.

WA Premier Mark McGowan urged people to avoid driving anywhere near floodwaters, saying this could risk their lives and those tasked with rescuing them. 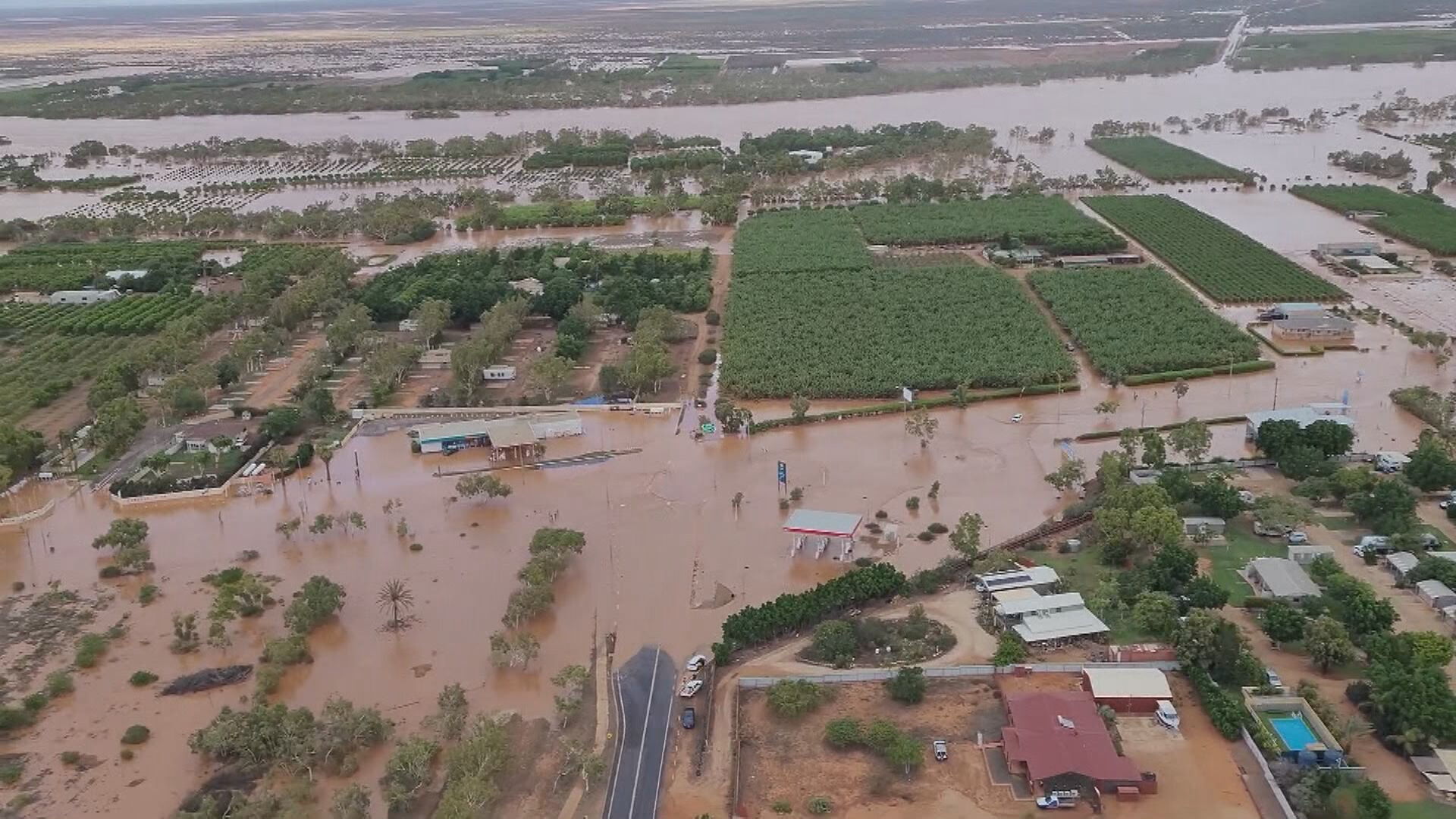 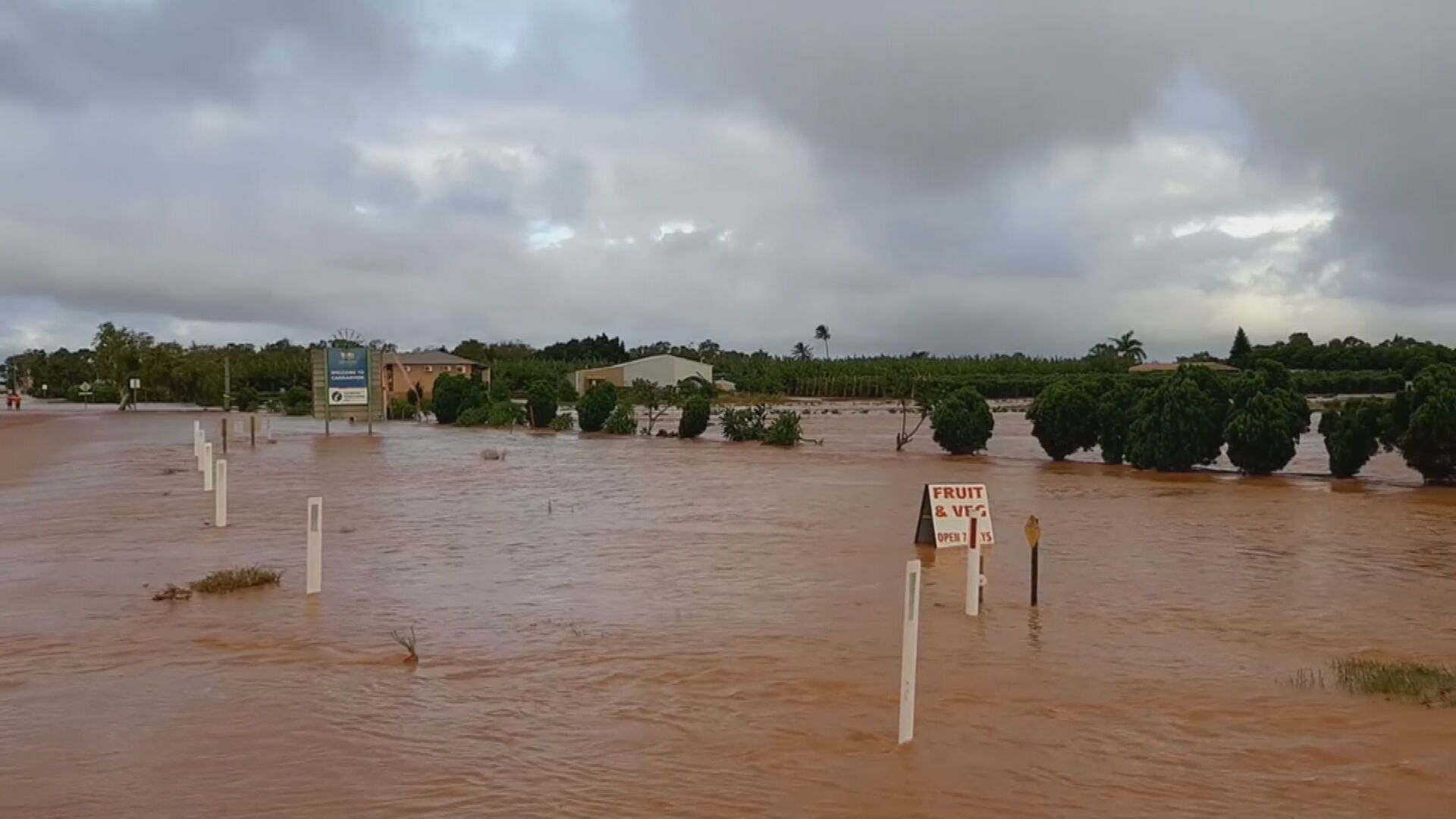 “The advice is that this is a one in 10 year flood. DFES is monitoring the situation and emergency surfaces are responding to calls for help,” Mr McGowan said.

“There has been widespread flooding in the Gascoyne region due to heavy rain associated with a tropical low, now located 180km off Carnarvon.

The Gascoyne River rose above seven metres this afternoon, making Carnarvon an island. It left residents like Rina Lenstra, with no access to town and no power to their home. 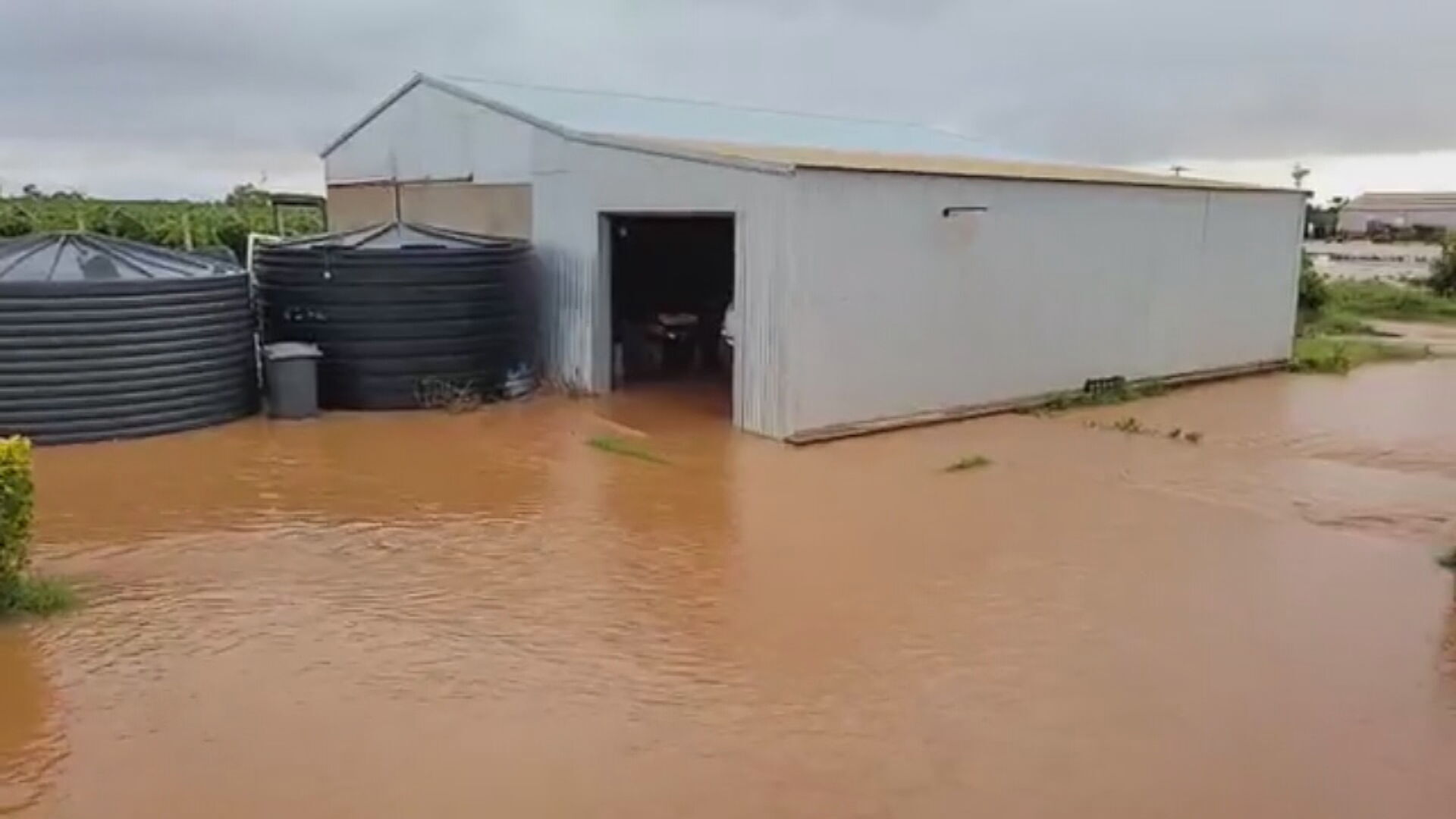 “That’s where the water is now, we can’t go anywhere,” Ms Lenstra said.

The same Low Pressure System is now bearing down on the south of the State. Prompting a Severe Weather Warning stretching from Kalbarri in the North to Walpole in the south. The rain won’t be quite as heavy but locals are being warned isolated falls could total 100mm with winds also a danger.

“We’re expecting damaging gusts up to 100km an hour as it moves along the coast,” Premier Mark McGowan said.