Rescuers in northern India have continued working to rescue more than three dozen power plant workers trapped in a tunnel after part of a Himalayan glacier broke off and sent a wall of water and debris rushing down the mountain in a disaster that has left 18 people dead and 165 missing.

More than 2,000 members of the military, paramilitary groups and police have been taking part in search-and-rescue operations in the northern state of Uttarakhand after yesterday’s flood, which destroyed one dam, damaged another and washed away homes downstream.

Officials said the focus was on saving 37 workers who are stuck inside a tunnel at one of the affected hydropower plants. Excavators had been brought in the help with the efforts to reach the workers, who have been out of contact since the flood. 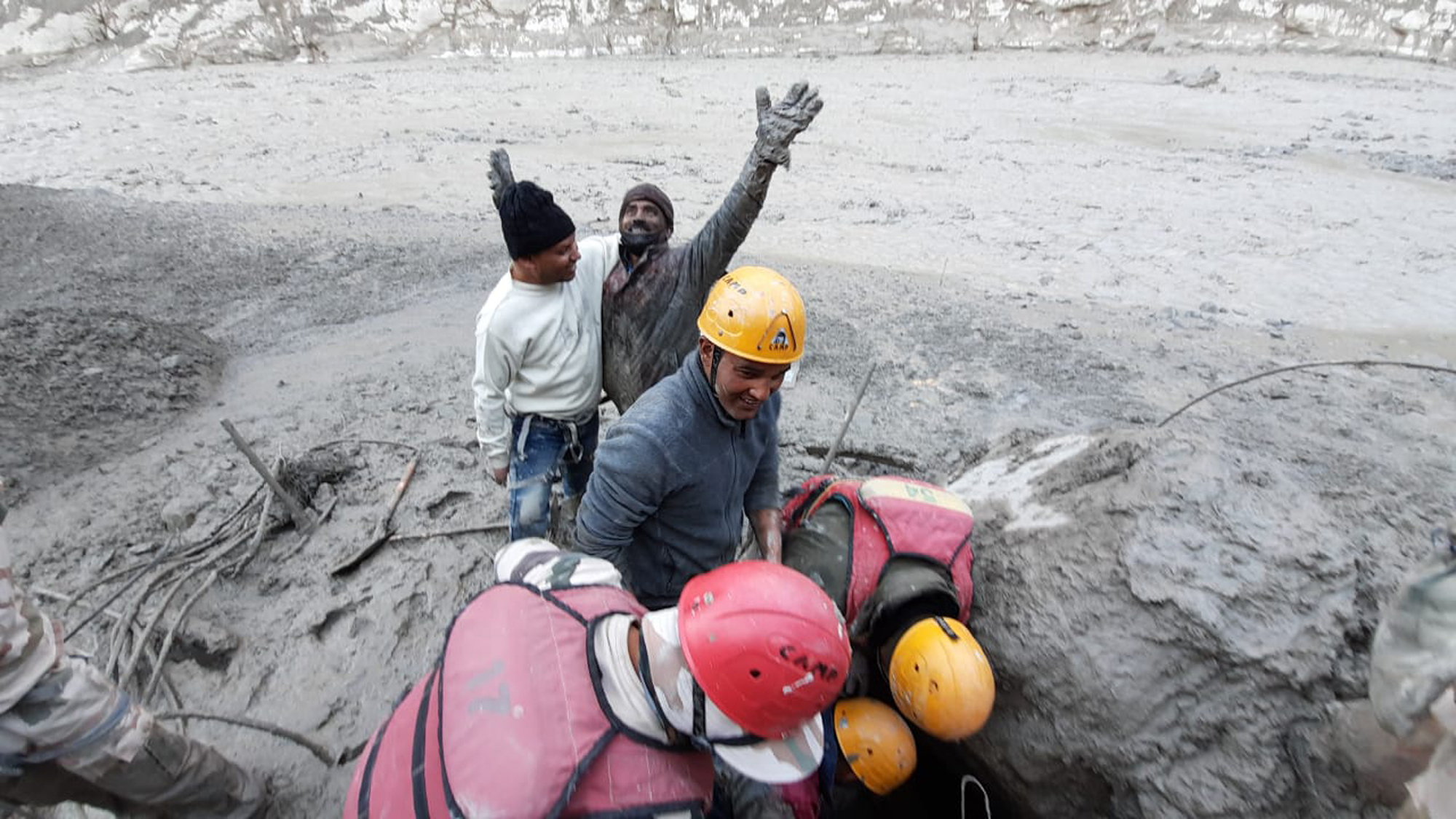 “The tunnel is filled with debris, which has come from the river. We are using machines to clear the way,” said H. Gurung, a senior official of the paramilitary Indo Tibetan Border Police.

Authorities fear many more are dead and were searching for bodies downstream using boats. They also walked along river banks and used binoculars to scan for bodies that might have been washed downstream.

The flood was caused when a portion of Nanda Devi glacier snapped off yesterday morning, releasing water trapped behind it. Experts said the disaster could be linked to global warming and a team of scientists was flown to the site today to investigate exactly what happened.

The floodwater rushed down the mountain and into other bodies of water, forcing the evacuation of many villages along the banks of the Alaknanda and Dhauliganga rivers.

Video showed the muddy, concrete-grey floodwaters tumbling through a valley and surging into a dam, breaking it into pieces with little resistance before roaring on downstream. It turned the countryside into what looked like an ash-colored moonscape. 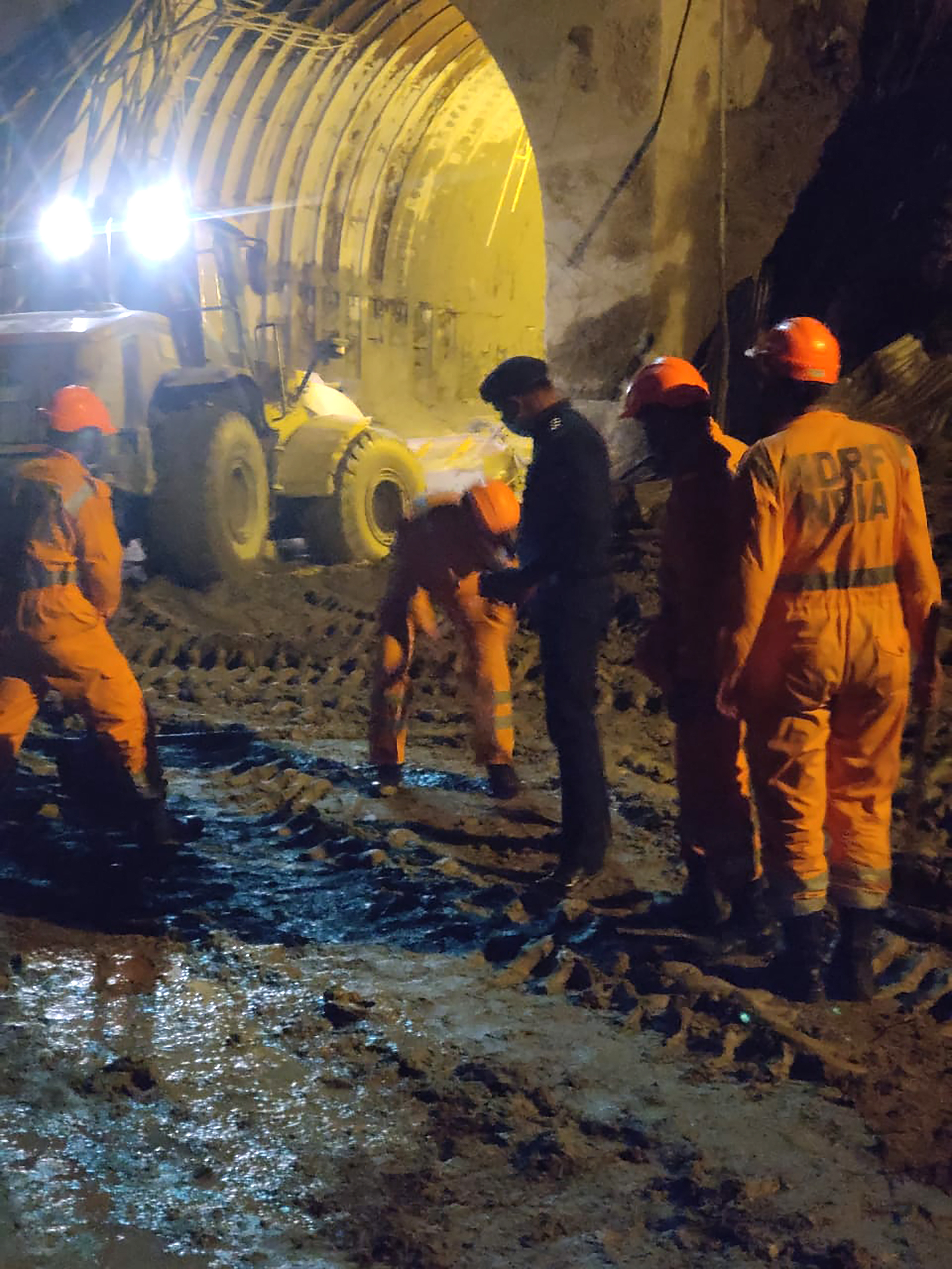 A hydroelectric plant on the Alaknanda was destroyed and a plant under construction on the Dhauliganga was damaged, said Vivek Pandey, an Indo Tibetan Border Police spokesman.

Flowing out of the Himalayan mountains, the two rivers meet before merging with the Ganges River.

The trapped workers were at the Dhauliganga plant, where on yesterday 12 workers were rescued from a separate tunnel.

A senior government official told The Associated Press that they don’t know the total number of people who were working in the Dhauliganga project.

“The number of missing people can go up or come down,” S A Murugesan said.

Mr Pandey said today that 165 workers at the two plants, not including those trapped in the tunnel, were missing and at least 18 bodies were recovered.

Those rescued yesterday were taken to a hospital, where they were recovering.

One of the rescued workers, Rakesh Bhatt, told The Associated Press said they were working in the tunnel when water rushed in. 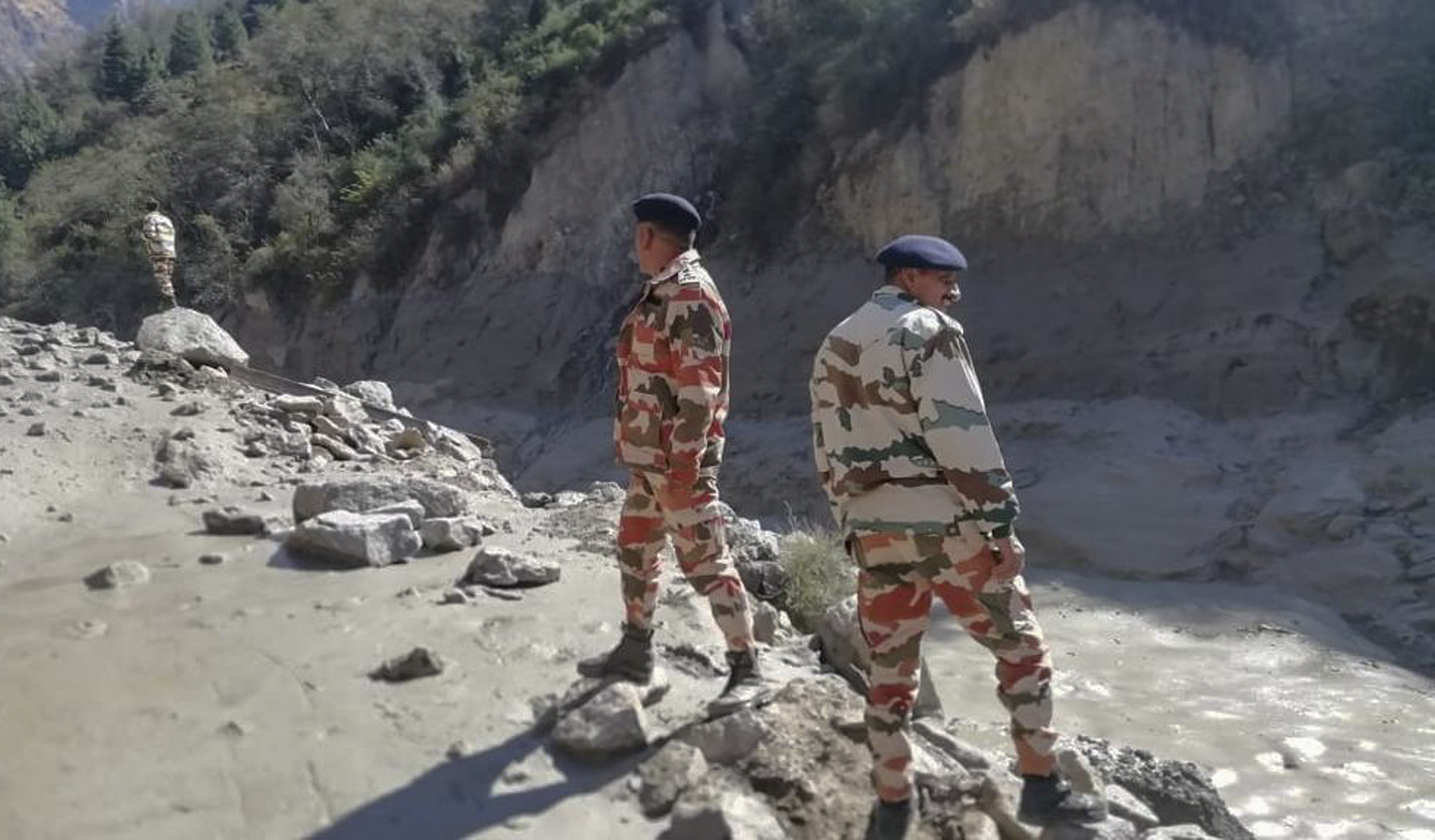 “We thought it might be rain and that the water will recede. But when we saw mud and debris enter with great speed, we realised something big had happened,” he said.

Mr Bhatt said one of the workers was able to contact officials via his mobile phone.

“We waited for almost six hours — praying to God and joking with each other to keep our spirits high. I was the first to be rescued and it was a great relief,” he said. 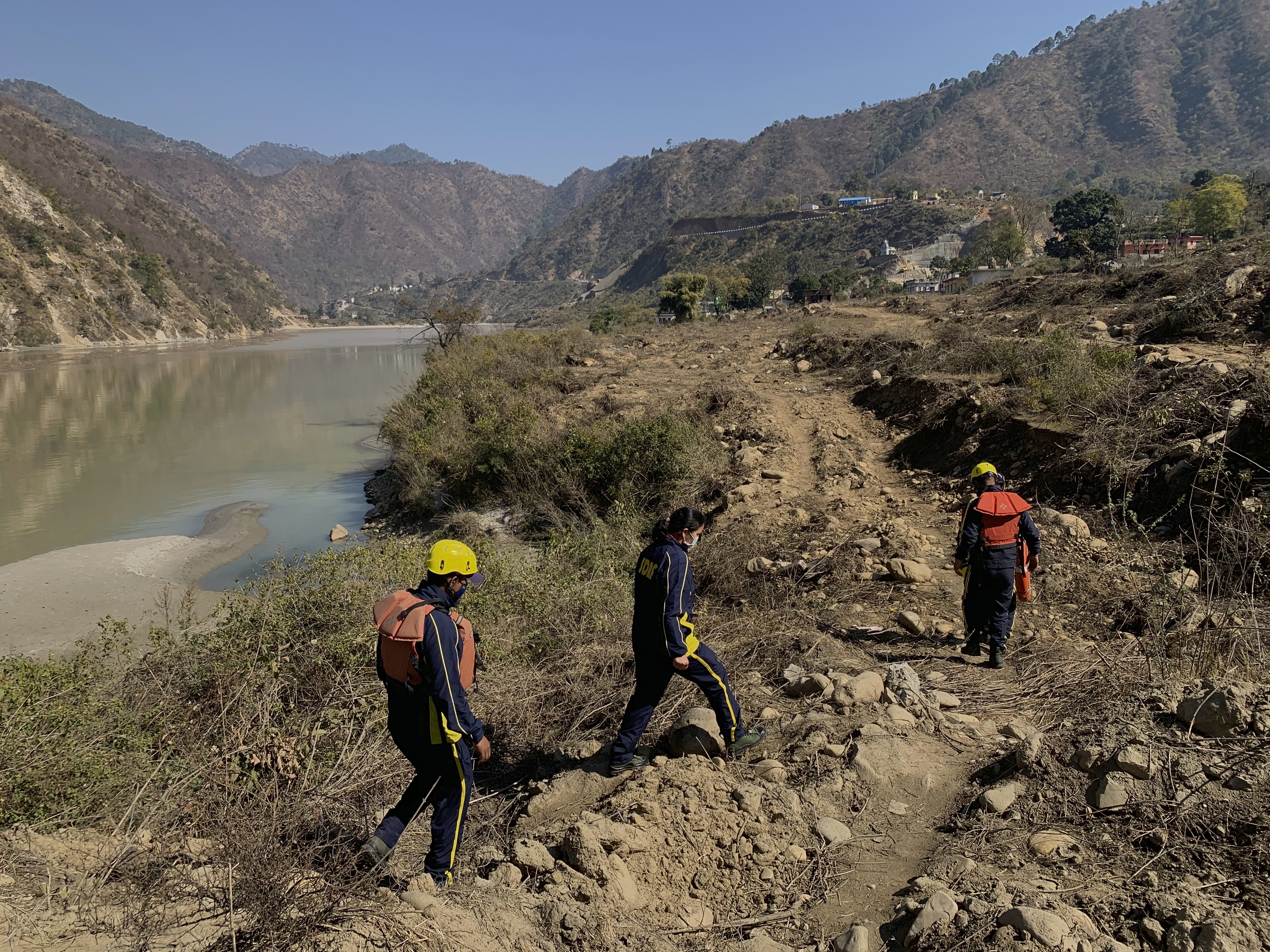 The Himalayan area where yesterday’s flood struck has a chain of hydropower projects on several rivers and their tributaries. Authorities said they were able to save other power units downstream because of timely action taken to release water by opening gates.

The floodwaters also damaged homes, but details on the number and whether any residents were injured, missing or dead remained unclear. Officials said they were trying to track whether anyone was missing from villages along the two rivers.

Many people in nearby villages work at the Dhauliganga plant, Mr Murugesan said, but as it was a Sunday fewer people were at work than on a weekday, 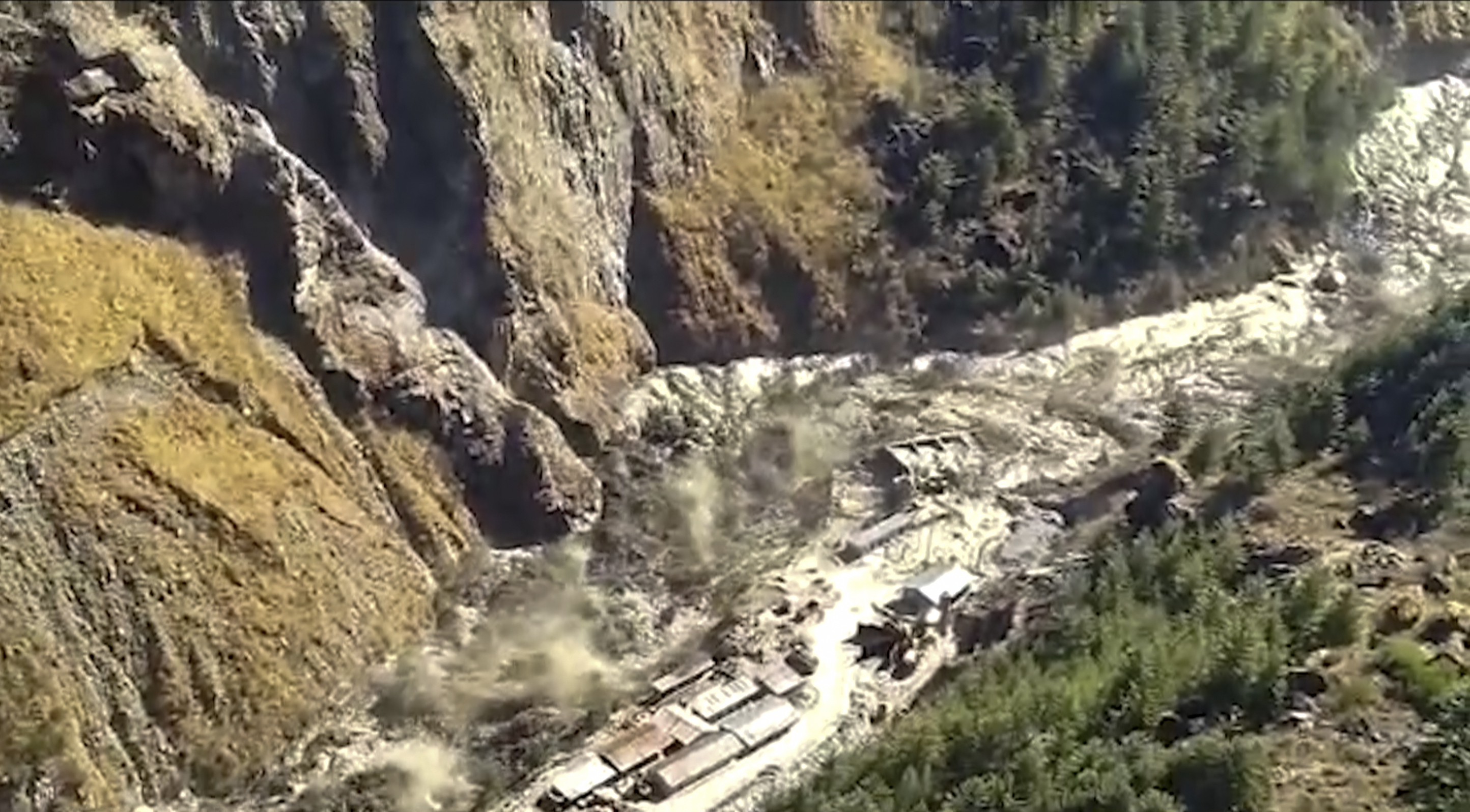 “The only solace for us is that the casualty from the nearby villages is much less,” he said. 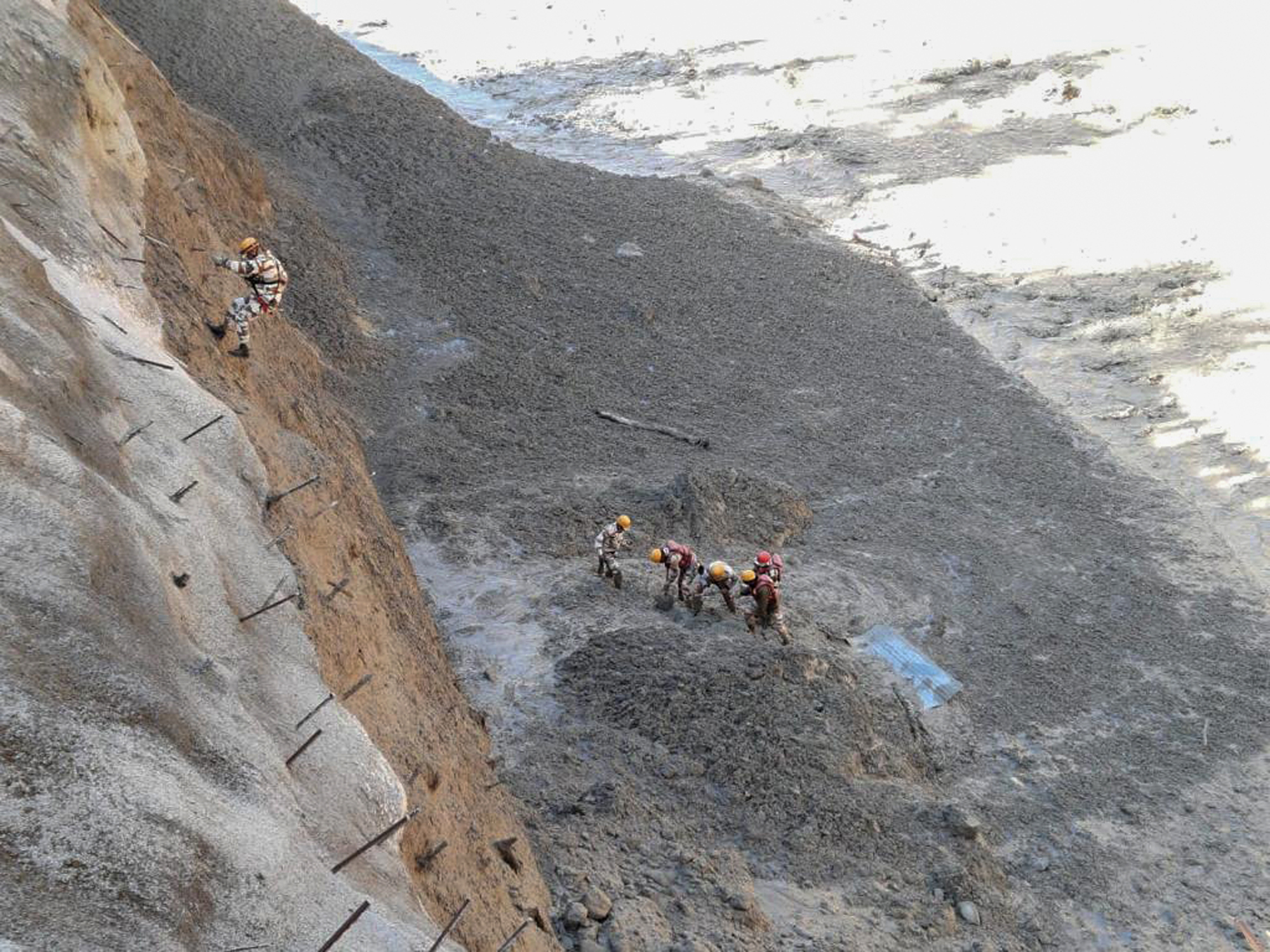 Some have already started pointing at climate change as a contributing factor given the known melting and breakup of the world’s glaciers, though other factors such as erosion, earthquakes, a buildup of water pressure and volcanic eruptions have also been known to cause glaciers to collapse.

Anjal Prakash, research director and adjunct professor at the Indian School of Business who has contributed to UN-sponsored research on global warming, said that while data on the cause of the disaster was not yet available, “this looks very much like a climate change event as the glaciers are melting due to global warming.” 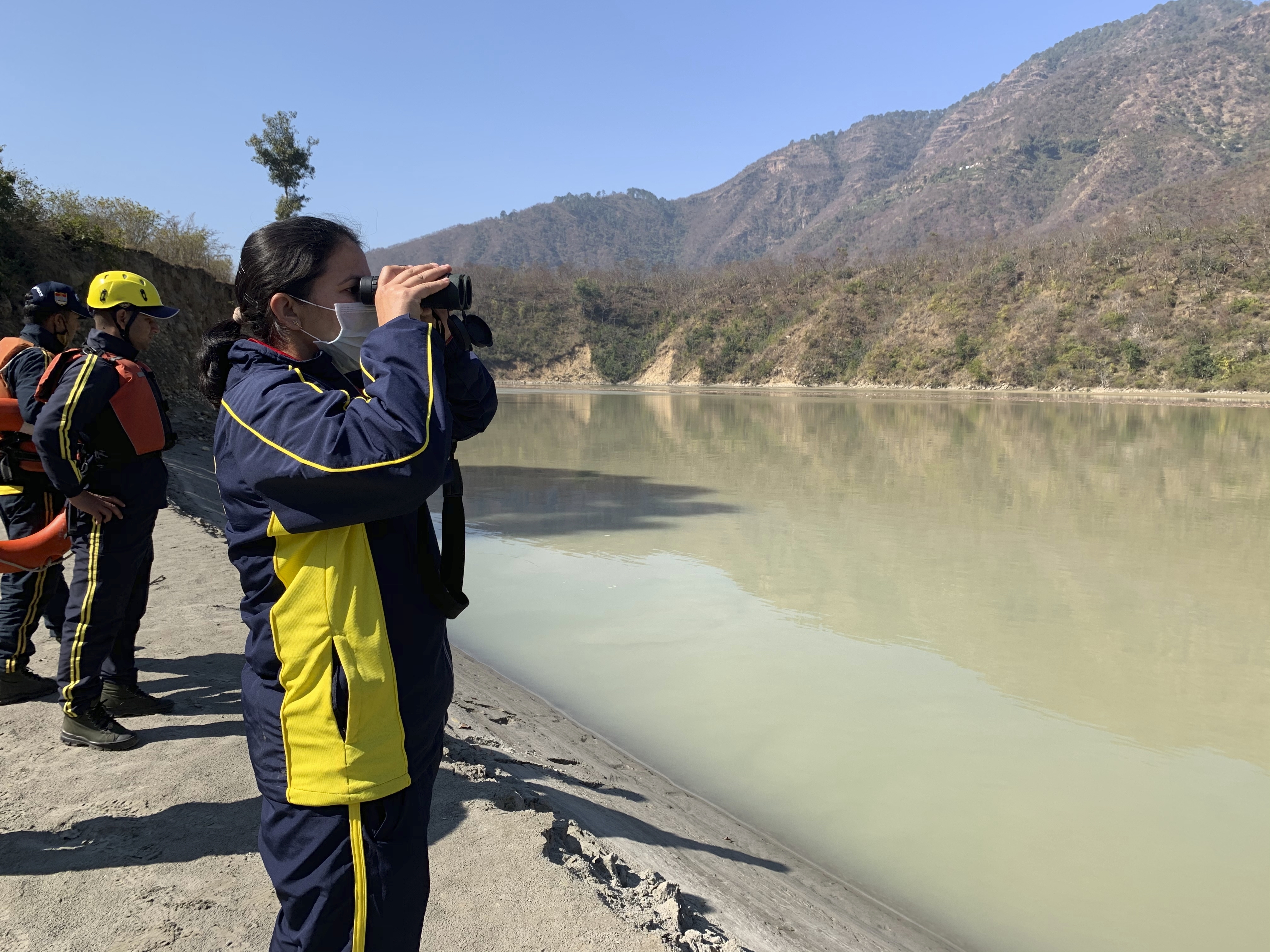