There are fears coronavirus may have spread at a café inside Melbourne Airport after two new cases were revealed overnight as the Holiday Inn cluster continues to grow.

The Department of Health revealed an almost nine-hour window where café Brunetti at Terminal 4 could have been at risk, with a positive case linked to the venue between 4.45am and 1.15pm on Tuesday, February 9.

Anyone who visited the café during those times must immediately isolate, get a coronavirus test, and remain isolated for 14 days regardless of the result.

The cafe is one of three new Tier 1 exposure sites (full list below) after the two new cases took the Holiday Inn cluster to 13.

Both new infections are primary household contacts of previously announced cases, the Department of Health said in a tweet late on Thursday evening.

Three more cases were identified earlier in the day, all linked to the outbreak. One of Thursday’s new cases is understood to be an assistant manager at the Holiday Inn, Victoria’s coronavirus testing commander Jeroen Weimar said.

“She was already a primary close contact, she tested yesterday and turned positive this afternoon,” he said.

Eleven of the cases in the Holiday Inn outbreak are the UK variant of the virus; the two new cases tonight are yet to be confirmed as the mutant strain.

“It is our working assumption that all 11 cases (earlier on Thursday) associated with the Holiday Inn cluster are all of the UK variant,” he said.

He said another two spouses who have tested positive to COVID-19 are each a partner of food and beverage workers at the Melbourne hotel.

He said because the two cases in spouses were household transmission, it provided some assurance authorities could get on top of the outbreak.

“That gives us some confidence that we are still on track that we need to be on, but this is early days,” he said. Two other cases emerged on Wednesday afternoon, including a returned traveller and a hotel quarantine worker, which were listed in the state’s coronavirus figures for Thursday.

More than 22,500 test results were conducted in the past 24 hours, with large queues forming at testing sites across Melbourne on Thursday amid rising fears COVID-19 is circulating in the community.

South Australia has now shut its border to anyone from Greater Melbourne, with authorities admitting the growing cases have them “very concerned”.

Queensland will also reinstate its border declaration system from 1am on Saturday.

Coronavirus fragments detected in wastewater in Coburg and surrounding suburbs in Melbourne’s north-west – which earlier sparked alarm – have been linked to one of the infections in the cluster, Transport Minister Jacinta Allan said.

Ms Allan said “extensive contact testing and tracing” had been underway over the past 24 hours.

“We know it’s a difficult and dangerous virus, that it is mutating,” she said.

“We need to continue to fight and take all the necessary steps to fight this virus.”

Mr Weimar said Victorian authorities were better placed now than when facing the Black Rock cluster, but the UK variant did present a significant challenge.

“We are alert but not alarmed … we are right on top of this,” he said.

A new testing site opened in Sunbury yesterday at the Old Masters Site on the corner of Vineyard Road and McDougall Road, as Victorians are continually urged to get tested.

The source of transmission which sparked the outbreak was likely a medical device known as a nebuliser, used by a COVID-positive guest inside the Holiday Inn hotel.

Emergency physician Dr Stephen Parnis told Today said they were no longer used in most hospitals and are not allowed in hotel quarantine.

The device turns a liquid, usually a drug to treat diseases like asthma, into a vapour to go down the patient’s air way and their lungs, he said.

“When it was presented in the news that a person who was COVID positive was using a nebuliser, I think we all took a deep breath and thought ‘My goodness, how could this possibly have happened?'” Dr Parnis told Today. 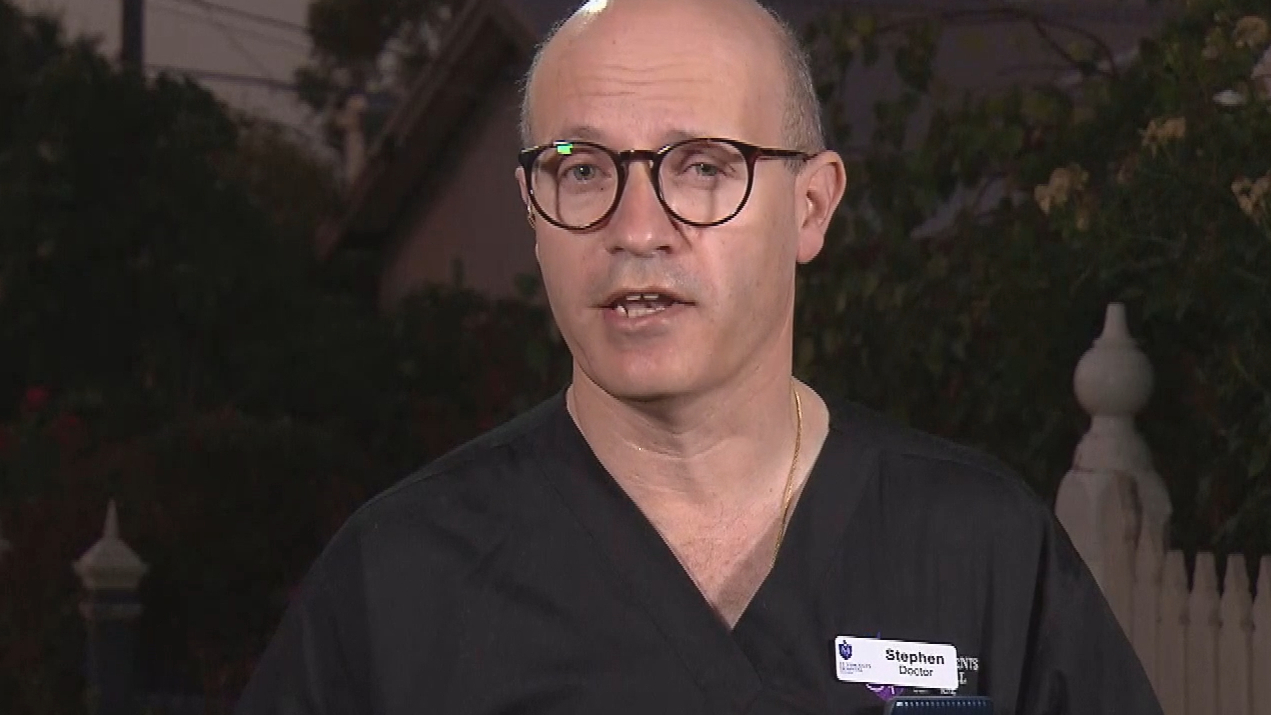 “I think what it shows even though this has gotten through the screening processes, just one example has led to an outbreak and it shows how incessant the risks are in hotel quarantine of COVID getting through and getting out into one of our communities and it’s happened pretty much in every state and territory, except for the Northern Territory.

READ MORE: What Victoria needs to do to prevent hotel quarantine outbreaks

“It says to me that there are so many steps in an incredibly complex process and sometimes the breakdown of one of those steps, the screening of the hotel guests’ luggage, was a way that one of these things got through.

“That worries me as a doctor, but as a person who deals in complex systems, I can understand how it happens, but the most important thing is that we learn from this, get this outbreak under control and make sure that this one doesn’t happen again.”

President of the Australian Medical Association’s Victorian branch Julian Rait said the use of the nebuliser in hotel quarantine was “disconcerting”. “It beggars belief that something like this could get through,” Dr Rait told Today.

“But I think also the fact that the ventilation controls in that particular hotel were really not up to scratch. Over seven months ago, there was concern expressed by aerosol scientists who wrote to the World Health Organisation and said aerosols needed to be taken more seriously.

“In Victoria, after the second wave, we thought we had succeeded in persuading government about that.

“The knowledge is well and truly well known that ventilation control is an essential part of preventing the spread of COVID-19, especially in healthcare settings.

“It is disappointing that information hasn’t been necessarily fully shared with COVID-19 quarantine Victoria, which is the branch responsible for hotel quarantine.”

Victoria’s Department of Health reported three new exposure sites and times for anyone who attended the locations on Tuesday, February 9. They include:

A number of sites in Sunbury, including several stores and eateries at Sunbury Square, have previously been identified after a food and beverage worker at the Holiday Inn returned a positive test on Tuesday. 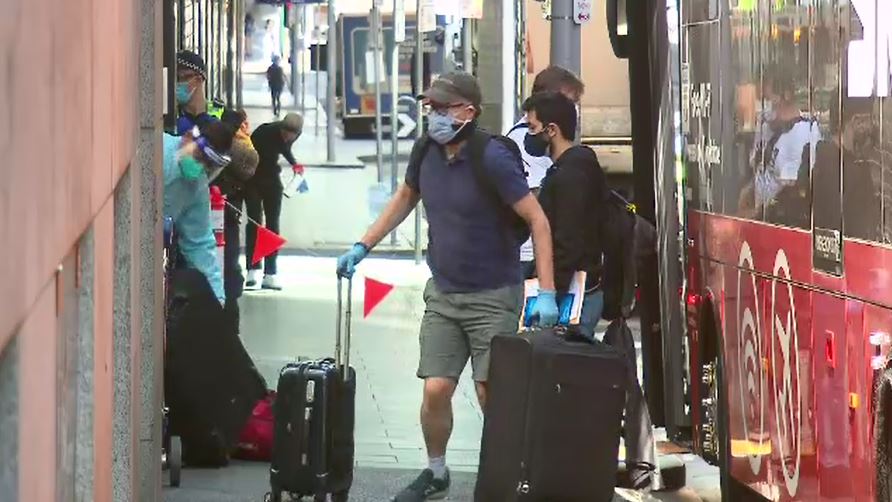 Residents of the Melbourne Airport Holiday Inn have since been evacuated from the hotel and have been moved to the Pullman Hotel in Melbourne’s CBD, where their quarantine stay may be extended.