Three workers in a boat hacked away at ice to create a watery barrier around the Dutch prime minister’s office, while others in the Netherlands tentatively tested the frozen surfaces of lakes and canals to see if they were safe to skate on.

The deep freeze gripping large parts of Europe is serving up both fun and frustrations, with heavy snow cutting power to thousands of homes in central Slovakia and snarling traffic in the east of the country, while snow on Dutch roads and sidewalks allowed some parents to pull children to school on sleds instead of riding them on bicycles. 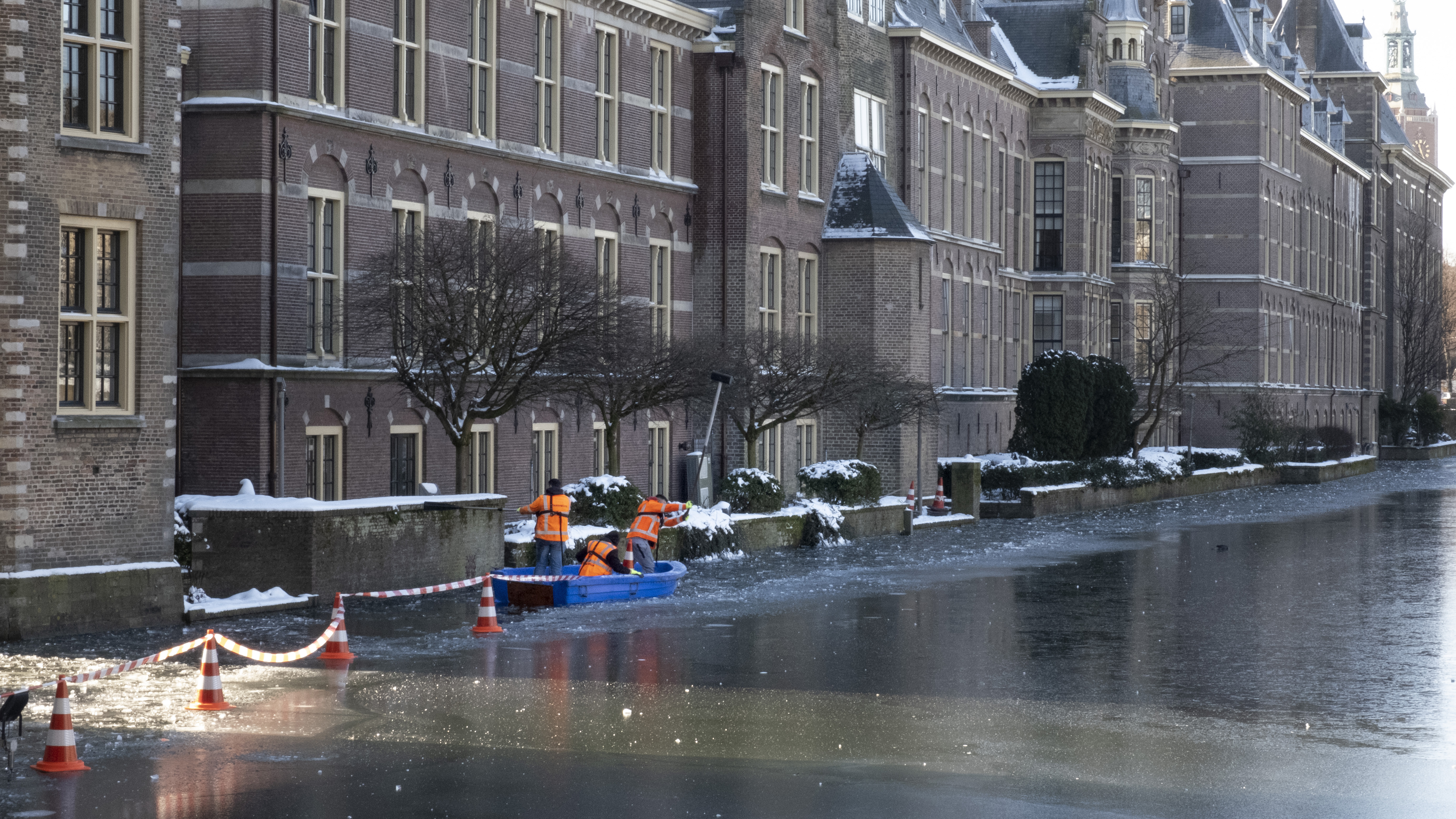 Britain experienced its coldest night for a quarter of a century, with the temperature falling to minus 23C in Braemar, northeast Scotland — the lowest recorded in the UK since 1995, according to the Met Office weather service.

Most of Britain has experienced days of sub-zero temperatures and snowfall in the wake of winter Storm Darcy.

The cold snap froze the famous fountains in London’s Trafalgar Square and forced the temporary closure of some UK coronavirus vaccination sites. Icicles coating a jetty on the frozen inland Ijsselmeer Sea north of Amsterdam drew photographers, while those hanging a house in the central German city of Erfurt attracted the attention of firefighters, who snapped them off.

In France, cold weather and ice alerts were in force for northern swathes of the country, as thermometers dipped well below freezing, making roads and pavements treacherous.

Among the coldest places was the riverfront city of Nancy, where the weather bureau reported minus 11C before dawn on Thursday. Berlin police said a man rescued alive from a frozen pond in the German capital has died.

Police said on Thursday that firefighters pulled the 43-year-old man out of the water after he had been submerged for more than two hours and managed to revive him, but he died in the hospital on Wednesday evening.

The man and three others had made holes in the ice to go ice swimming. Greece, meanwhile, has been enjoying spring-like weather with temperatures in the 20s Celsius range.

But the southern nation is set to join the rest of Europe in the deep freeze in the coming days, with snow possible even in the capital, Athens. 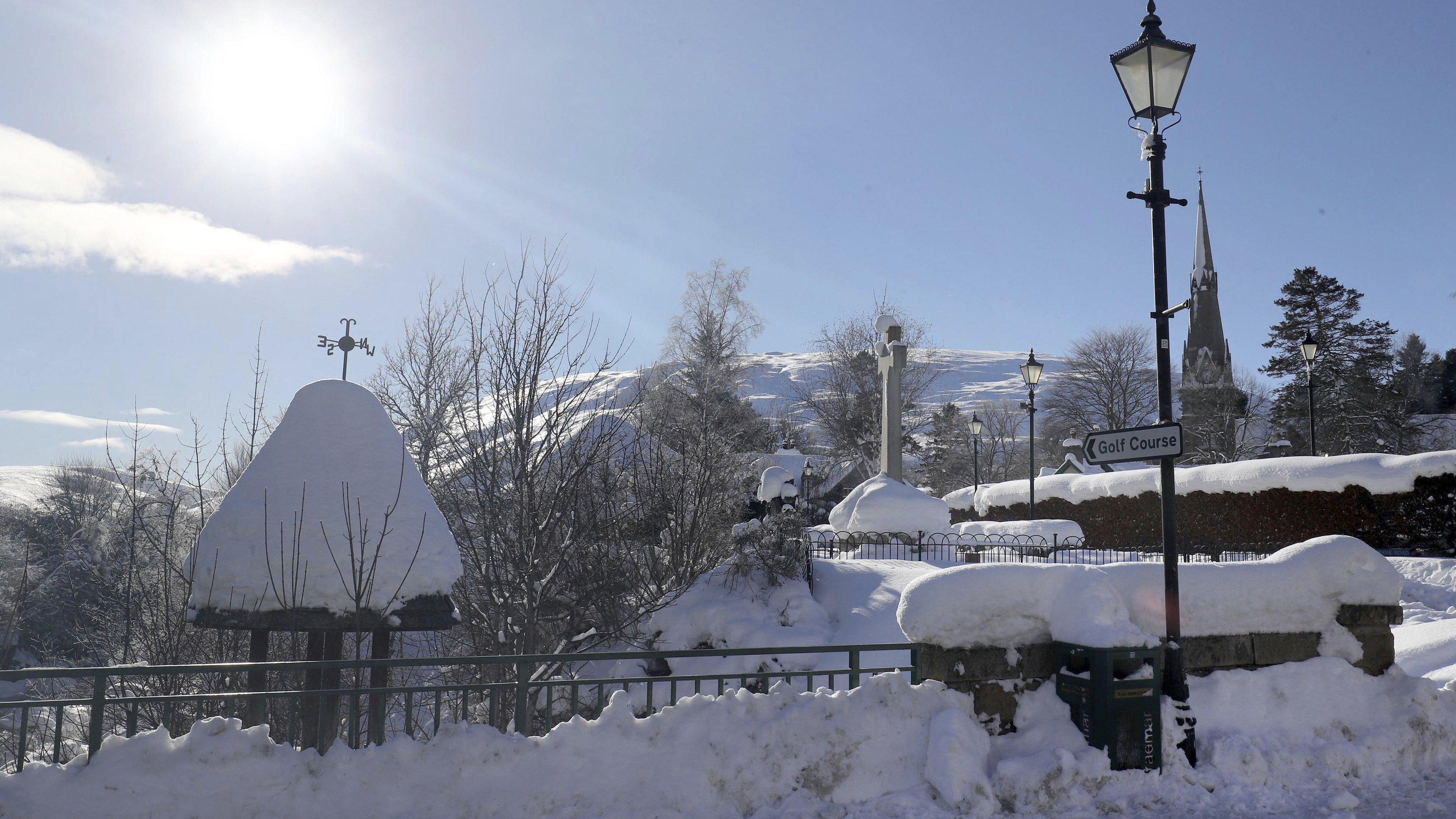 In Albania, authorities evacuated several families, hundreds of sheep and thousands of chickens after the Buna River in the northwest burst its banks.

Even if the polar conditions persist, a legendary Dutch ice skating race over frozen canals and lakes in the northern Friesland province will not go ahead.

The organizers confirmed this week that the 11 Cities Tour, which attracts 25,000 participants and up to 1.5 million spectators, will not happen this winter due to the current Dutch coronavirus lockdown.

In one of the “cities,” the small town of Hindeloopen, nobody was skating on the canals on Thursday morning. A row of twigs jutting out of the frozen surface served as a warning for dangerously thin ice.

With ice likely thick enough soon for people to skate on Hofvijver Lake, which runs along one side of the Dutch parliamentary complex, workers on Thursday made sure that skaters couldn’t get right up to Prime Minister Mark Rutte’s office by bashing through ice to create a water barrier.