The end of former President Donald Trump‘s impeachment trial opens a new chapter for his successor in the White House.

But while President Joe Biden and his team are eager to move past the impeachment, the bitterly partisan tone of the proceedings underscores the deep challenges ahead as the president and his party try to push forward their agenda and address historic crises.

Biden, who was at the Camp David presidential retreat when the Senate voted Saturday to acquit Trump, had acknowledged that Democrats needed to hold the former president responsible for the siege of the US Capitol but did not welcome the way it distracted from his agenda.

READ MORE: The Republicans who voted to convict Trump 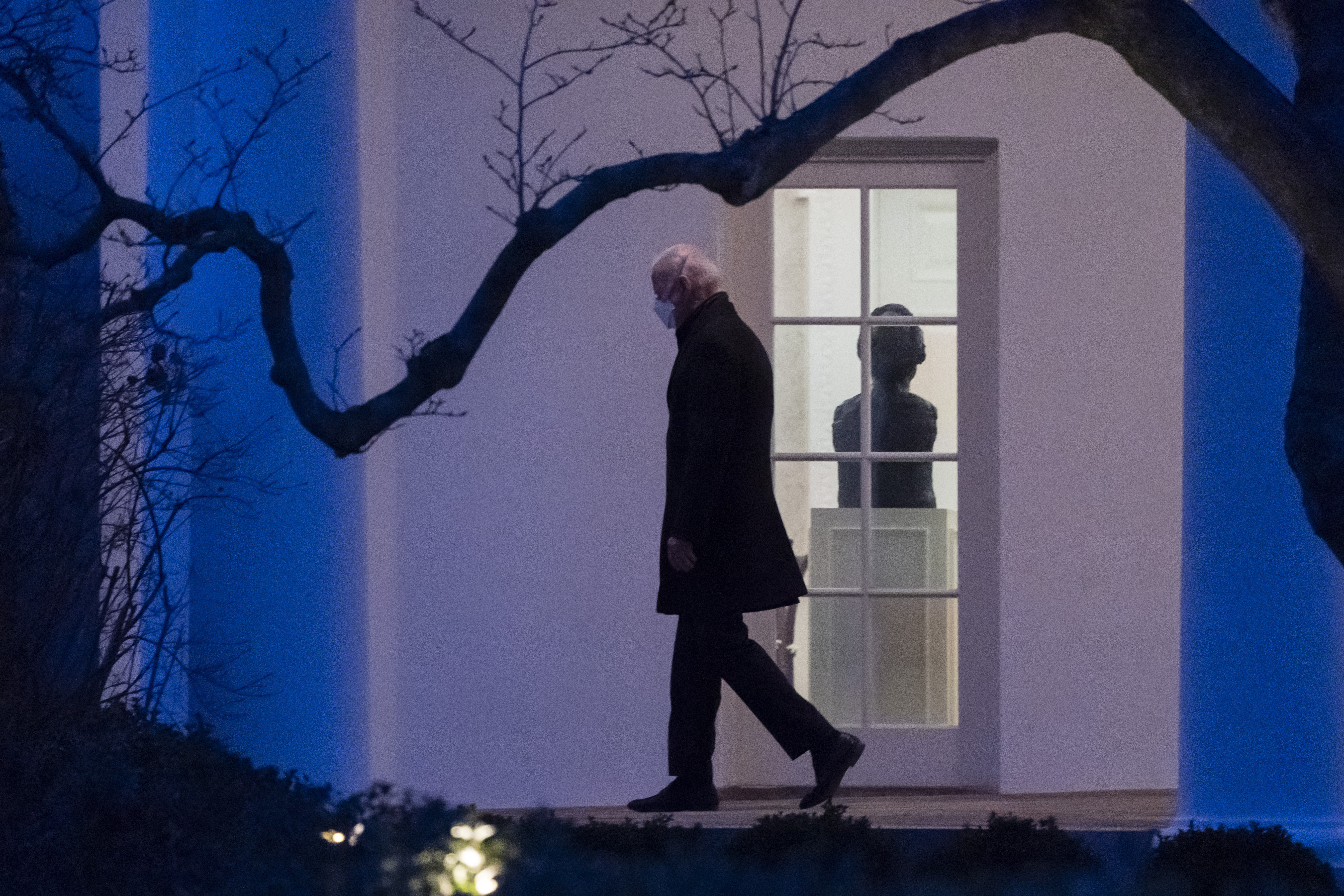 The trial ended with every Democrat and seven Republicans voting to convict Trump, but the 57-43 vote was far from the two-third threshold required for conviction. Whether the seven GOP votes against Trump offered Biden any new hope for bipartisan cooperation within Congress remained an open question.

In a statement, Biden referenced those GOP votes in favour of convicting the former president — and Senate Minority Leader Mitch McConnell’s own indictment of Trump’s actions — as evidence that “the substance of the charge,” that Trump was responsible for inciting violence at the Capitol, is “not in dispute”.

But he quickly moved on to the work ahead, sounding a note of unity and declaring that “this sad chapter in our history has reminded us that democracy is fragile” and that “each of us has a duty and responsibility as Americans, and especially as leaders, to defend the truth and to defeat the lies.”

“It’s a task we must undertake together. As the United States of America,” Biden said.

Biden made a point of not watching the trial live, choosing to comment only briefly on the searing images of the riot that gripped the nation. Though his White House publicly argued that the trial did not hinder their plans, aides privately worried that a lengthy proceeding could bog down the Senate and slow the passage of his massive COVID-19 relief bill. That US$1.9 trillion ($2.45 trillion) proposal is just the first part of a sweeping legislative agenda Biden hopes to pass as he battles the coronavirus pandemic, which has killed more than 480,000 Americans and rattled the nation’s economy. 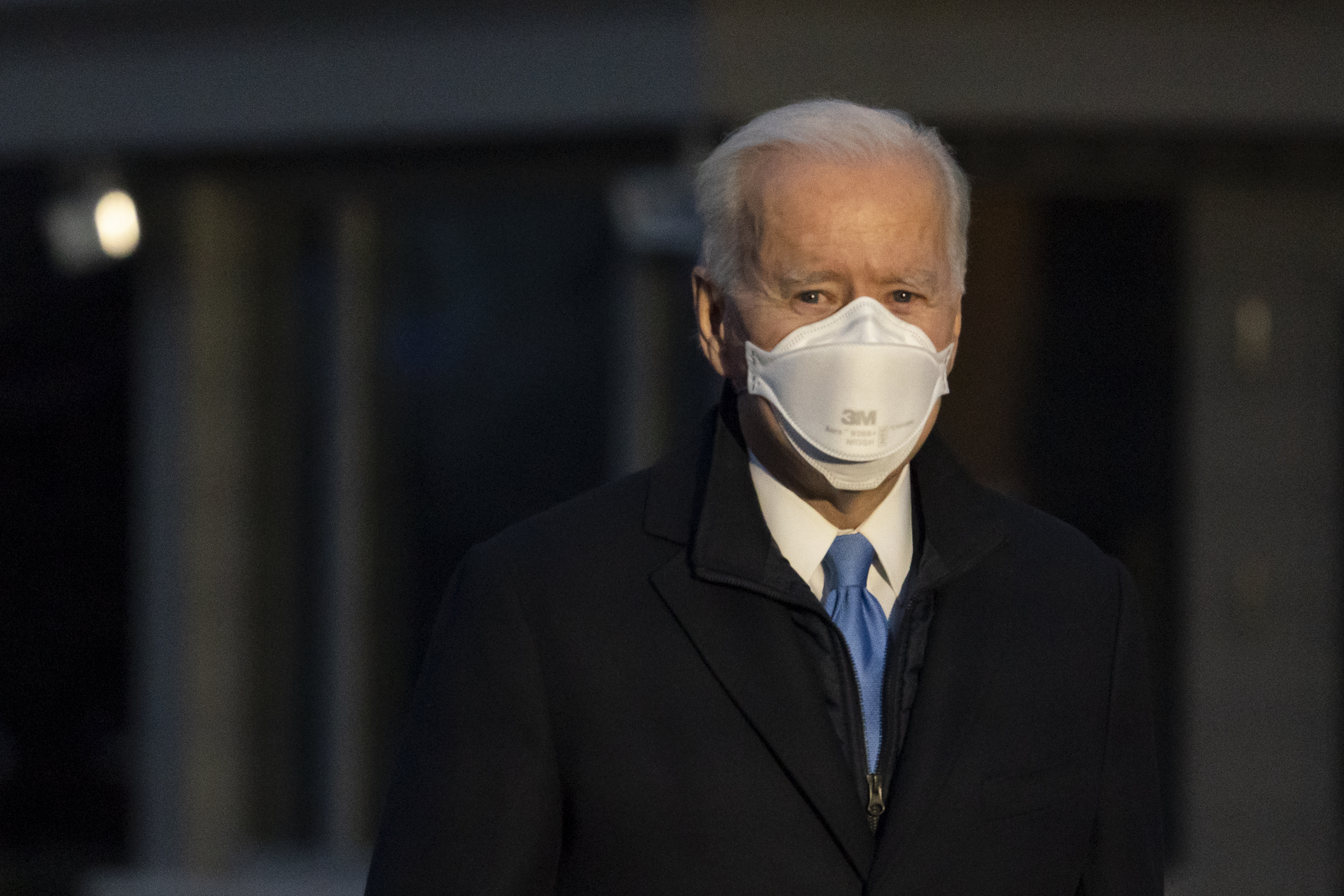 “The No. 1 priority for Democrats and the Biden administration is going to be to deliver on the promises that have been made on the pandemic, both on the vaccine front and the economic front,” said Democratic strategist Josh Schwerin.

The end of the impeachment trial frees the party to focus on less divisive and more broadly popular issues and policies, like the coronavirus relief package, which polls show has significant support among Americans.

Throughout his campaign, Biden worked to avoid being defined by Trump and his controversies and instead sought to draw a contrast on policy and competence, a guiding principle that he and his aides have carried over into the White House.

His team kept up a steady drumbeat of events during the trial, including an update on vaccine development and Biden’s first visit to the Pentagon as commander in chief. With the proceedings on the other end of Pennsylvania Avenue now over, the White House plans to increase its efforts to spotlight the fight against the pandemic and push past Trump’s chaos.

Former Democratic Sen. Heidi Heitkamp of North Dakota predicted that in a state like hers, where Trump won 65% of the vote, focusing on those urgent issues would make more headway with average voters now. “What we have to be talking about is the economy — getting the economy back working, and turning the page” on the last administration, she said. “Good policy is good politics. We need to get back to that.”

Democrats have a decision to make in how to deal with Trump going forward. While the end of the impeachment trial offers a clear opportunity for the party to focus squarely on its own agenda, Trump can also be a potent political weapon for Democrats, not to mention a big driver of campaign cash.

After Saturday’s vote, American Bridge 21st Century, the Democratic Party’s opposition research arm, issued a statement calling out senators from Ohio and Florida, two states that Democrats are targeting in the 2022 election, for voting against convicting Trump.

“Ron Johnson, Marco Rubio, and nearly every other Senate Republican put their loyalty to Donald Trump ahead of the rule of law, the Capitol police officers who protect them every day, and the oaths they swore to uphold the Constitution,” said Bradley Beychock, the group’s president, calling the senators “spineless sycophants.”

READ MORE: Child, 9, handcuffed and pepper-sprayed by police in US 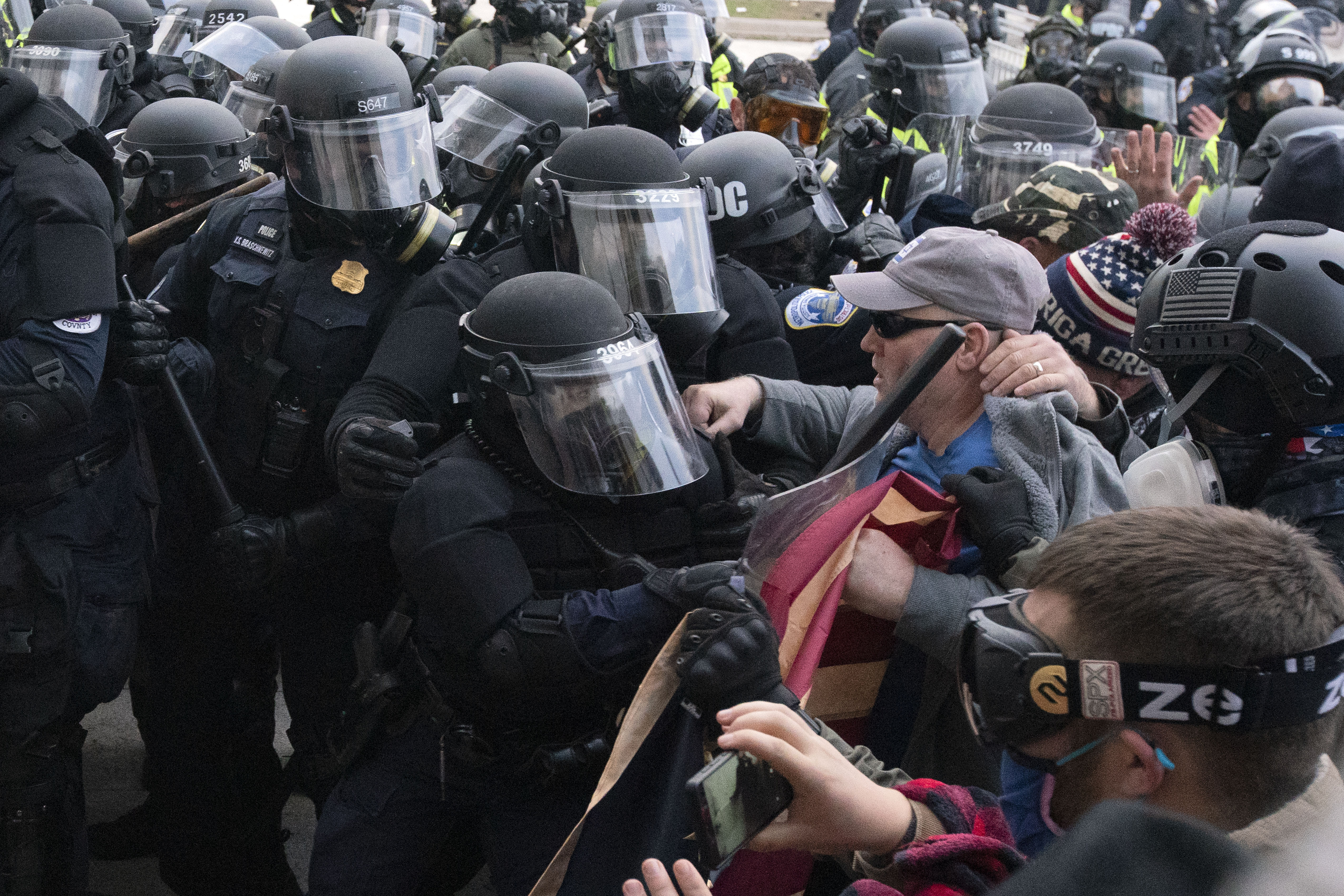 “We shouldn’t ignore the fact that a lot of the problems that the country is dealing with are because of Trump’s failures, but he shouldn’t be the focus of every fundraising email and press release. We should be looking forward,” he said.

Biden plans to keep up a busy schedule focused on the coronavirus pandemic in the coming week.

The president will make his first official domestic trips this week: a TV town hall in Wisconsin on Tuesday to talk to Americans impacted by the coronavirus and a visit to a Pfizer vaccine facility in Michigan on Thursday.

White House legislative affairs staffers were poised to work with House committees on crafting details of the COVID-19 relief bill, which Democrats hope to vote on next month.

Biden is likely to continue to face questions about how his Justice Department will handle a number of ongoing federal and criminal probes into Trump’s businesses and his conduct as president.

And his aides will be watching for Trump’s next moves, particularly if he claims exoneration and heats up his political activity and even points toward a 2024 campaign. The plan, for now, is to try to ignore the former president.

Former Democratic National Committee Chair Donna Brazile warned that Trump won’t make it easy but Democrats need to avoid getting sucked back into his orbit.

“I don’t think Donald Trump is going to disappear from anyone’s lips any day soon, and that’s because Donald Trump will always seek to find ways to inject himself and serve himself,” she said.