Parler, the social network favoured by US conservatives, has come back online with a redesigned website one month after it was suspended by Amazon Web Services and effectively driven offline.

“Speak freely and express yourself openly, without fear of being ‘deplatformed’ for your views,” Parler’s homepage read.

Content from before Parler vanished no longer seems to be available. In its first post on the platform, Parler’s own account welcomed users back and said: “We will not be cancelled,” followed by an emoji of a flexing bicep.

READ MORE: Everything you need to know about Parler 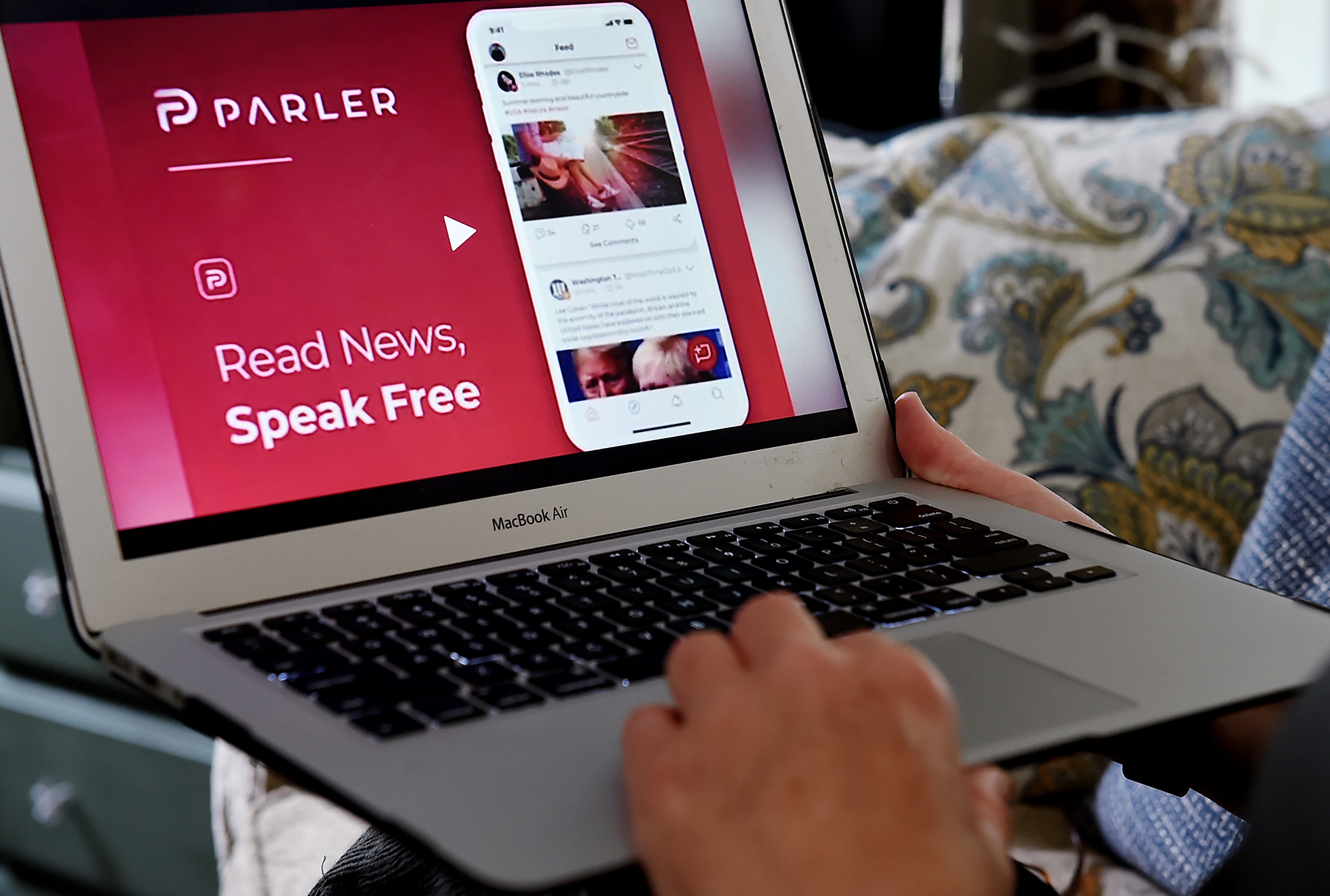 The website’s return marks the reopening of the social network after revelations that some of the US Capitol rioters had organised on Parler prompted major tech platforms to cease doing business with the company.

The decisions by Amazon, Apple and Google not to work with Parler essentially cut the company off from the public internet.

For the past several weeks, visitors to Parler.com had been greeted by a static placeholder message.

Now the full service appears to be back online.

In addition to bearing an apparently redesigned logo, the site also links to a new community guidelines document that explains the company “will not knowingly allow itself to be used as a tool for crime, civil torts, or other unlawful acts.”

The community guidelines still maintain that the platform will try to remove content as little as possible, showing how the company is attempting to balance its pitch to users as a haven for unrestricted speech with the scrutiny it’s faced for its role in enabling violent extremists to organise.

“In no case will Parler decide what [content will] be removed or filtered, or whose account will be removed, on the basis of the opinion expressed within the content at issue,” according to the community guidelines. The document adds that Parler expects users to curate their own feeds by using platform-provided tools such as muting or blocking users and keywords.

Since it was removed from Amazon Web Services’ hosting platform, questions have arisen over where Parler might turn for its infrastructure support, including domain hosting and web security.

CNN previously reported that the company had hired DDoS-guard, a Russia-based cloud-services provider.

That decision raised eyebrows and prompted the chairwoman of the US House Oversight Committee to seek documents from Parler about its ties to DDoS-guard.

Parler and SkySilk didn’t immediately respond to a request for comment.